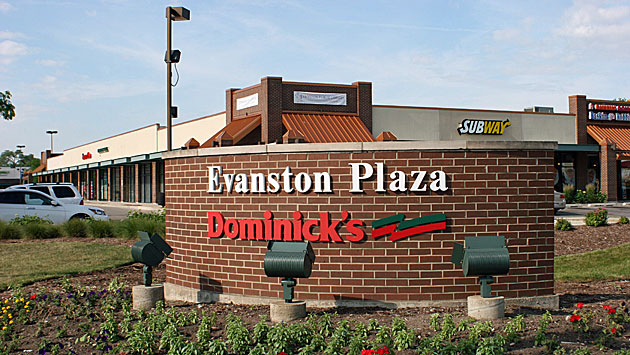 Evanston city officials now say they plan to spend only $2 million over the next eight years on a proposed tax increment financing district for the Dempster-Dodge shopping center.

Staff previously had said they believed the TIF could generated $20 million to $23 million for improvements to the Evanston Plaza, with no detail provided about how much money might be spent when over the TIF's projected 23-year life.

A new memo from Community and Economic Development Director Steve Griffin suggests the $2 million limit should apply until a year before the Dominick's supermarket lease at the plaza is scheduled to expire at the end of 2020.

The tie-in to the supermarket's lease is based in part on the city's failure so far to get a commitment from Dominick's that it would waive provisions in its lease that sharply restrict the kinds of new businesses that can go into the shopping center.

Those restrictions appear to have been a major factor in causing the high vacancy rate at the plaza — which now stands at roughly 50 percent.

Griffin said the staff may have an update about that from chain officials based in Calgary, Alberta, in time for tonight's meeting.

The council is under pressure to act on the TIF designation tonight, because it represents the last chance to use the property's 2010 assessed value of $10.8 million as the basis for calculating the TIF's future revenue.

Because the court-appointed receiver that held the property last year failed to appeal an increased tax assessment, the property now is valued at $14.5 million.

The cumulative cost of using the higher basis over the TIF's life, Griffin says, is expected to be $5.2 million — reducing total projected TIF revenue from $23.7 million to $18.5 million.

City may spend $20 million on Dempster-Dodge