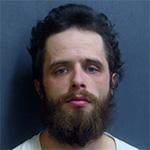 Evanston Police executed a search warrant Monday afternoon in Skokie that led to the arrest of two men on drug charges.

The men arrested are Paul House, 29, and Justin Lamerdin, 23, who police say both live in the house that was raided at 8700 N. Trumbell Ave.

Police say they recovered about 147 grams of cannabis during the raid.

House is charged with felony counts of possession and possession with intent to deliver cannabis.