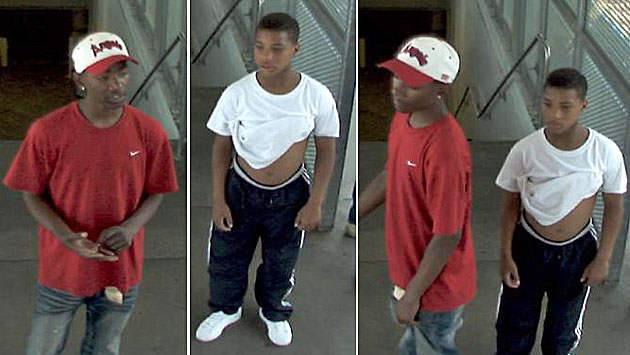 Evanston police are seeking the public's help in identifying two males who police believe may be the ones who robbed a woman at the South Boulevard CTA station Tuesday.

The woman told police that two young men, one wearing a white shirt, the other a red shirt, approached her on the platform about 2:30 p.m. and took her cell phone by force.

Police say the images of the two men shown above appear on surveillance footage at the station from the time of the robbery.

If you have any information regarding the incident, please call the Evanston Police Detective Bureau at 847-866-5040.