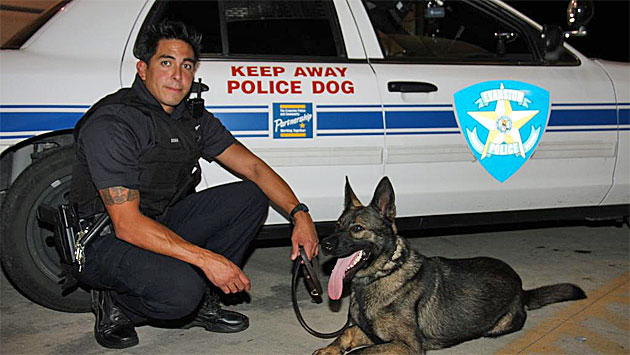 The Evanston Police Department has teamed one of its veteran officers with a new police dog.

Officer Anthony Sosa, a seven-year veteran of the department, was selected after a lengthy application process, interview and compatibility review by command staff

He was trained over the past six weeks in Sharpsville, Pa., where he was teamed with his new partner, Rony, a two-year-old German Shepherd from Slovakia.

Rony is a dual purpose canine who can both detect narcotics and perform tracking duties, says Cmdr. Jay Parrott. He is certified by the North American Police Work Dog Association and is actively working on a patrol shift.

The department's previous police dog, Jack, was retired from service early this year into the care of his handler, Officer Ted Schienbein, after suffering a serious infection that left him lacking the stamina to continue as a work dog. Jack had joined the force in 2006.

Community groups that would like to have Officer Sosa and Rony attend an event can call the department's Community Strategies Office at 847-866-5018.