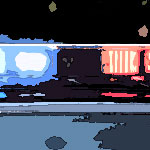 Evanston police arrested a West Rogers Park man at his home Tuesday after executing a search warrant that police say turned up 215 grams of marijuana, a .38 caliber handgun and over $5,000 in cash.

Cmdr. Jay Parrott says members of the department's special operations group got the warrant during an investigation into illegal drug sales in Evanston, Skokie and the Rogers Park neighborhood of Chicago.

He's scheduled to appear in Skokie district court at 9 a.m on Dec. 13.