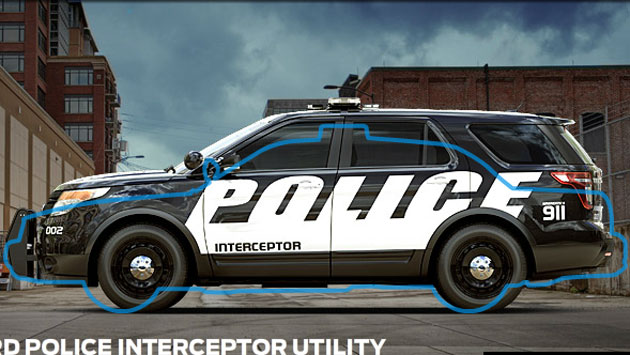 Evanston police will be looking at the world from a higher viewpoint soon as the department replaces aging Crown Victorias in its fleet with Ford Police Interceptor utility vehicles.

The City Council tonight approved purchase of 20 new vehicles for the city's fleet for a total of $442,000 from Currie Motors of Frankfort, Ill.

Top: An image from a Ford website of the new Police Interceptor utility vehicle with an outline of the old Crown Victoria superimposed on it in blue. Above: The Ford Focus on the left and the Ford Escape on the right.

The 11 Crown Victories being replaced are 2003 to 2009 models which city officials say are in poor or very poor condition. In addition to the eight Interceptors on the purchase list, the city also plans to buy three Chevy Tahoes for the police.

Ford has stopped producing the Crown Victoria model that has been a mainstay for police departments across the country for decades and has replaced it with sedan and utility vehicle models in the new Police Interceptor line.

The nine parking enforcement Jeeps are 1999 to 2003 models, all said to be in poor or very poor condition. The city will replace them with seven Ford Focus compacts and two Ford Escape crossover vehicles.

The new Ford police cars will have six-cylinder engines, which are expected to yield better gas milage than the eight-cylinder Crown Victorias they'll replace.

And city staff say all of the new vehicles will run on a more environmentally friendly B-20 bio-diesel fuel blend.