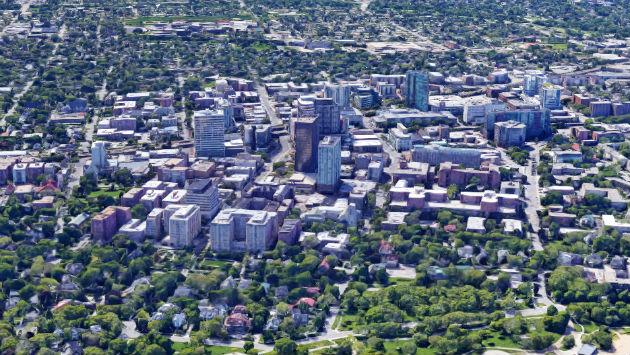 The government estimates that housing costs stress a household when its members have to spend more than 30 percent of their income on housing.

The latest Census Bureau figures from the American Community Survey indicate 43 percent of Evanston households are spending more than that threshold.

Or, in other words, at least 12,188 Evanston households are considered to be housing-cost burdened.

The inclusionary housing ordinance requires developers to contribute $100,000 to the affordable housing fund for every 10 new units built.

The typical cost of building an affordable housing unit is $250,000.

Therefore to generate the funds required to create new affordable units for 12,188 cost-burdened households from this source, the city would need to approve construction of 304,700 new market-rate units.

The city already has 29,263 occupied housing units. So the new construction would bring the total to 346,151 units.

Multiply that by the average household size of 2.34 people, and Evanston’s population would become roughly 810,000 people — making Evanston by far the second largest city in Illinois and about 30 percent as big as the City of Chicago.

It would also give Evanston a population density of more than 100,000 people per square mile — a density about 50 percent greater than that of the Borough of Manhattan in New York City. 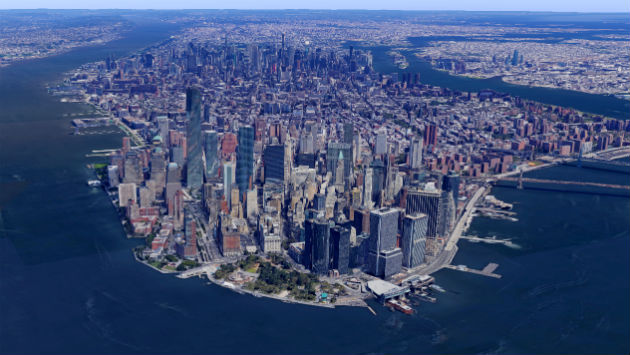 An aerial view of Manhattan from Google Maps.

And that growth would likely not be enough. Across Cook County the percentage of households considered housing-cost burdened is 42 percent — just a shade under the current level in Evanston.

So a large percentage of the new residents who would move the new market-rate housing units, and the existing housing vacated by the people who got the subsidized units, would likely also be housing-cost burdened.

In any case, the market demand for new housing is Evanston comes nowhere close to what would be required to achieve that level of growth.

The City Council has approved planned developments downtown totalling 405 units during the past 24 months. Neither of those two projects has yet broken ground.

Developers have proposed five additional projects with a total of 1,127 units in recent months. Even if all of those are approved, some would likely not actually be completed until three years from now.

Bottom line — even in an unusually hot market for new construction in Evanston, the demand for new housing here is nowhere near sufficient to propel the kind of growth that would make it possible to substantially address the affordable housing issue through the inclusionary housing ordinance.

It may have a modest role to play in addressing the problem of housing affordability. But an array of other solutions will be needed to have a big impact.