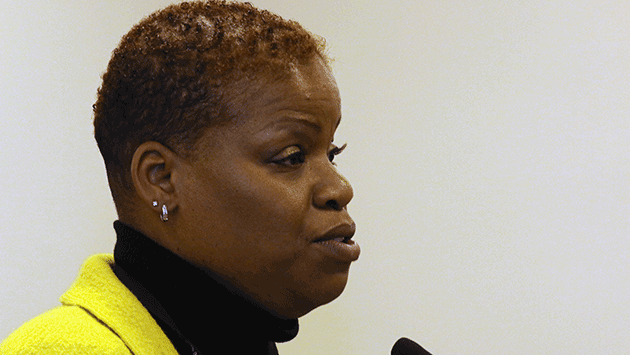 The city's health director, Evonda Thomas-Smith, who's now also serving as acting township director, says that, working with the city's program manager for youth and young adults, Kevin Brown, she's identified 26 people Brown had been working with who were eligible for general assistance or emergency assistance payments but were unaware the program existed.

Thomas-Smith also told aldermen at Monday's Human Services Committee meeting that, working with the new Erie Family Health Center in Evanston, the township staff is now in the process of getting about 80 percent of its clients covered under the affordable care act.

The rest, she said, already had other insurance coverage.

"We're looking at a half-million dollars a year in savings in medical and pharmaceutical costs for the township," under that program, Thomas-Smith said, adding that Erie has been "fantastic" in providing outreach and services.

She added the township has hired a second case coordinator, Indira Perkins, to help with the increasing case load as more local residents learn that the township programs are available.

Thomas-Smith said she and Perkins recently attended a training program on the software used to manage the general assistance program and found some opportunities to improve effieciency and achieve costs savings, particularly on pharmacy expenses.

Alderman Delores Holmes, 5th Ward, said she was excited to hear about the health care signups and that she had been sure the general assistance clients would be eligible.

And Alderman Jane Grover, 7th Ward, said the township had been spending so much from its own budget for medical and pharmaceutical expenses.

"Our intution told us there were significant savings to be had by coordinating with other programs — not just the affordable care act, but also with Erie," and she praised Thomas-Smith for making it happen.

General assistance, the township's largest program, provides up to $500 a month to persons who are not eligible for any other state or federal financial assistance programs and who do not have income or resources to provide for their basis needs.

Evanston Township has the same boundaries as the City of Evanston, and voters are deciding this month whether to approve a referendum that would abolish the separate townshp government structure and turn its responsibilities over to the city.

He, in turn, named Thomas-Smith to manage the township office, which has been moved to the Civic Center from rented offices at Dodge Avenue and Main Street.