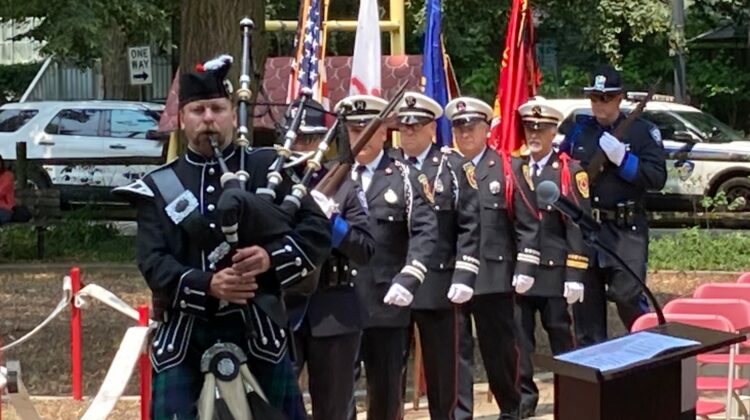 This afternoon, Leoni’s sister-in-law, Sue Leoni, was among dozens honoring the city’s fallen firefighters, in the annual memorial ceremony at Firemen’s Park on Maple Avenue.

“It’s just really special,” Leoni said of the ceremony. It’s vital to “never forget,” she said … not just her relative, but all first responders who have died in the line of duty.

Leoni, who was 28 when he lost his life, was assigned to Truck 21 that day, and was responding to a report of a child trapped in a burning building.

A dispatch tone was sent out by the fire department during the memorial event, recognizing the date and time that Leoni made the ultimate sacrifice.

Fire Chief Paul Polep said today’s event is about “remembering why we do what we do.”

Besides Leoni, two other Evanston firefighters who died in the line of duty were also honored.

35-year old William Craig and 30-year old George Stiles, both of Engine Company 1, were killed on December 13, 1905 when a wall collapsed on them during a fire on Dempster Street.

Stiles’ great-grandson, Jim Swanson, was also at the ceremony.

The story was passed down through generations, that “back then [1905], when the fire wagons went racing down the street, the children would follow them.”

But Swanson said, for some reason, his great grandmother did not let her children race behind the fire wagons the day George Stiles died.

Perhaps, Swanson said, it was just a fluke, But maybe, his great grandmother had a bad feeling, which turned out to be correct. 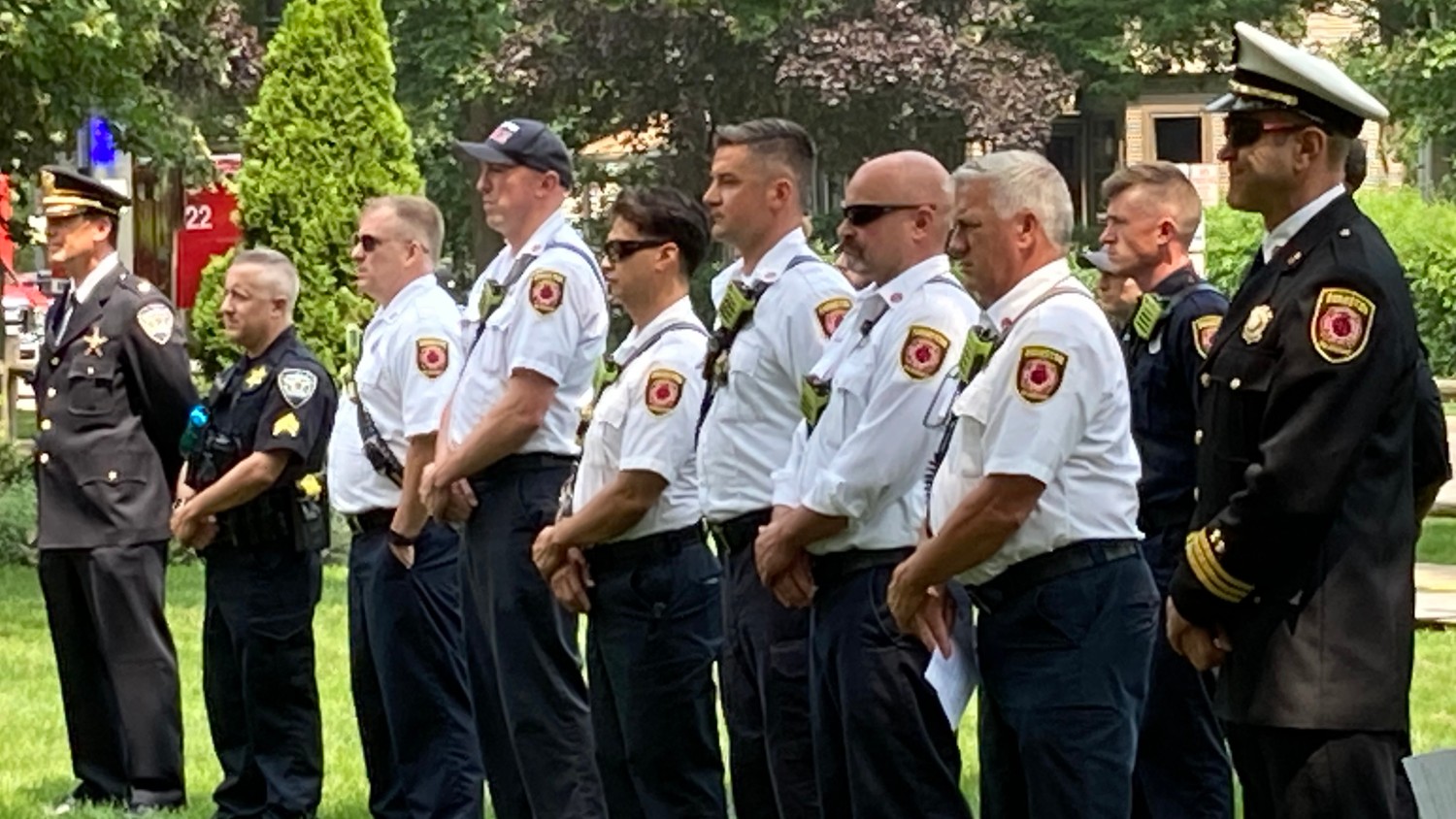 Several community leaders, including Mayor Daniel Biss, State Rep. Jennifer Gong-Gershowitz, and State Sen. Laura Fine thanked the first responders for risking their lives, particularly over the past year, when COVID-19 added another layer of danger for police and firefighters.

“When we were safe in our homes,” Fine said, “you were out on the front lines.”

Next year, the memorial ceremony will once again be at the same park at Maple and Simpson, where children can climb on an old fire truck and other firefighting-related playground equipment.

But by then, the site’s name is expected to have been changed from Firemen’s Park to Firefighters Park. An ordinance will be submitted to City Council in September, changing the name to make it gender neutral.

Once, the name Firemen’s Park did reflect staffing reality, but no longer.

There were many uniformed firefighters, male and female, at the ceremony. But on three separate times, several of them had to leave, hopping into their ambulance, or engine or ladder truck to race to another emergency.

Memorial ceremony or not, the job goes on.