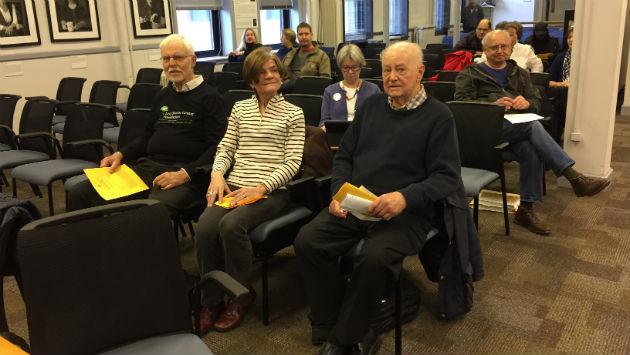 Evanston aldermen heard from a number of residents who aren’t happy with some proposed staff cuts at a special budget meeting Saturday morning. 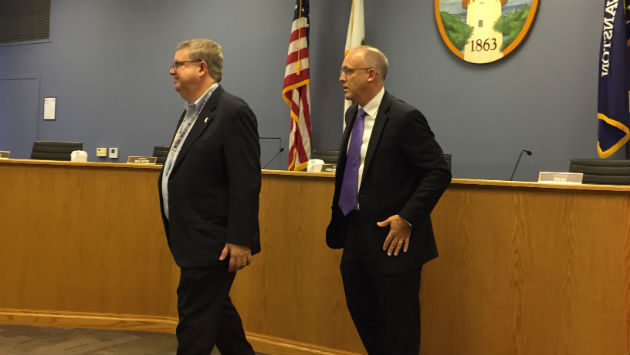 With the city facing a $6.1 million deficit, City Manager Wally Bobkiewicz has proposed cost cutting measures which include reorganzing four departments,  a hike in property taxes and the elimination of about 28 full time city positions.

Several residents spoke out against the job cuts. The plan to combine recreation manager jobs at the Levy Center and Chandler Newberger Center into one position worried some.

Gunnar Forrest said the Levy Center works well now thanks in a large part to the excellent work of the current manager, Theresa Tevsh. 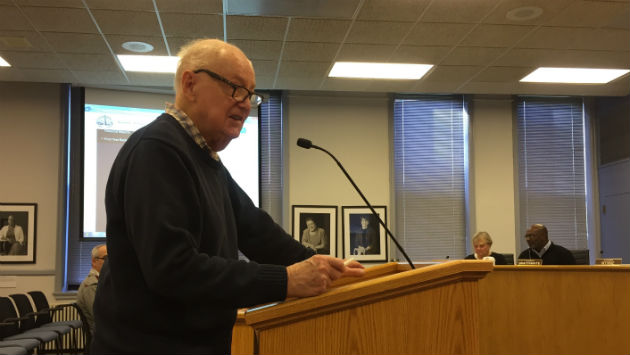 “Theresa is a real cracker-jack and we don’t want to lose her”. he said.

Others came out to support Paul D’Agostino, and his job of Environmental Services Bureau Chief which is on the chopping block. Resident Judy Pollock with the group “Citizens for Greener Evanston”, says D’Agostino has been responsible for a number of projects that have revitalized Evanston’s natural habitat. Alderman Melissa Wynn agreed, and says in this instance the job elimination seems “penny wise but pound foolish”.

There were also concerns about moving the Police Social Services Bureau to the Health and Human Services Department along with the plan to eliminate some positions in Victims Services. Health and Human Services Director Evonda Thomas-Smith put forward a report outlining how the changes would work and was opimistic the level of service for Evanston residents will not be impacted.

Several Alderman said despite a concerted email and phone campaign complaining about a 20 cents per ride tax for ride share services, they support it. The tax on Uber and Lyft is projected to raise $100,000 a year. 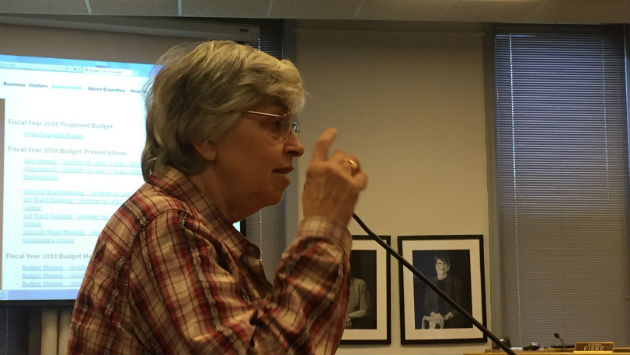 Resident Leila Raab said the fact the city is facing a deficit at all is a disgrace. Raab says the City shouldn’t be relying on building permit revenue from Northwestern to balance the budget in the first place.

Bobkiewicz says between now, and the next budget meeting Nov. 13, staff will revisit the issues raised by residents and City Council members. He says “they will sort out the couple of $100,000 that remain up in the air and council will come up with a balanced budget.”