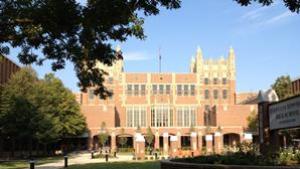 After one or two days off this week because of inclement winter weather, both of Evanston’s two school districts plan to hold classes as usual on Friday.

Late Thursday afternoon, Evanston/Skokie School District 65 advised parents that classes would resume, but they warned that students should be dressed warmly to cope with howling winds and near-zero temperatures.

Evanston Township High School, which resumed classes Thursday after an announced late start, said it plans to make up for Wednesday’s closures by holding classes on Friday, March 13, which had previously been designated a non-attendance day because it followed parent-teacher conferences that are scheduled for March 12.

First-period classes on March 13, the school’s parent advisory said, will begin at 9:40 a.m. and students will be dismissed at 3:35 p.m., with classes running on 35-minute periods.

Although all District 65 schools will be open this Friday, parents were advised that absences will be excused for those students whose parents choose to keep them at home.

“We ask that you please report your child’s absence to their school office,” the District 65 advisory stated.

It went on to say that the decision to close schools is not taken lightly. “The safety and well-being of our students drives the decision making process and is always at the forefront of our minds,” they told the parents.

“When making the decision whether or not to cancel school due to inclement weather, many factors are considered including weather conditions and forecast at the time of student arrival and dismissal; safe operation of school buses; and the condition of school grounds and roadways,” the message continued.