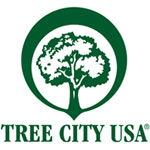 The Arbor Day Foundation has named Evanston a Tree City USA for the 28th consecutive year.

The announcement comes ahead of the annual Arbor Day observance on Friday, April 27, and city officials say only 10 communities in the state have a longer consecutive run of the awards than Evanston.

Paul D’Agostino, superintendent for Parks/Forestry and Facilities Management for the city, said that the Tree City USA Award helped Evanston receive two grants from the Metropolitan Mayors Caucus to replace trees that were lost due to the Emerald Ash Borer.

“Communities that are honored with a Tree City USA designation and a Growth Award make a strong commitment to planting and caring for trees, and we applaud their efforts,” said John Rosenow, chief executive and founder of the Arbor Day Foundation.

“We also commend a community’s elected officials, volunteers and citizens for providing needed care for its trees. They recognize that trees provide numerous environmental, economical and health benefits for the community every day.”