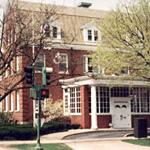 The Woman’s Club of Evanston is thriving as many of its sister organizations in the suburbs are in decline, according to a report in the current issue of Crain’s Chicago Business.

“Like the private-club counterparts in Chicago or elite suburban golf palaces,” the publication declares,” the woman's club is fading as working women find it difficult to juggle it all. Add the worst economic downturn in decades and a persistent image problem, and some wonder how long these social and philanthropic relics can last.”

The Evanston club, however, “boasts 400 members and a clubhouse that's sought after by brides and Northwestern University event planners,” according to the article.

It attributes Evanston’s continuing vitality in large part to its philanthropic efforts, accompanied by a healthy mix of programming that includes “intellectual discussions, dramatizations of important historical events, and enrichment programs.”

The article notes that the Evanston club donates about $125,000 a year to various community organizations.
“Unlike some clubs, there's no sponsorship to join (the Evanston club) and no requirement to be super-involved. Evanston also has a deep bench of professional women on its membership rolls,” the report states.