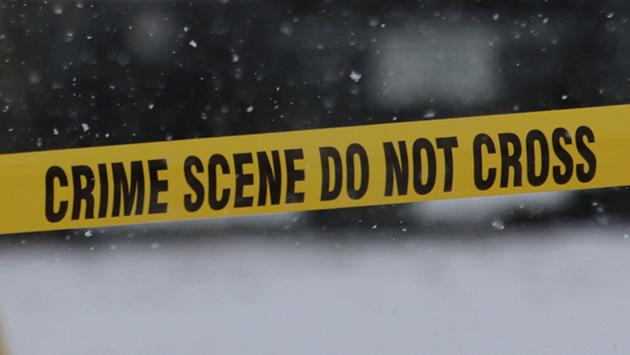 The number of people injured by gunshots in Evanston has dropped sharply, from 16 last year to 3 so far this year, but the number of thefts increased by more than 12 percent.

Police Cmdr. Joseph Dugan says he believes stepped up efforts to get guns off the street — officers recovered more than 20 firearms in traffic stops and other encounters over the course of the year — played a role in the reduction in shootings.

He also credit’s the department’s deployment process, which uses tips from residents, informants, social media and other police departments to inform officers on the street about people who’ve been involved in gun-related crimes. 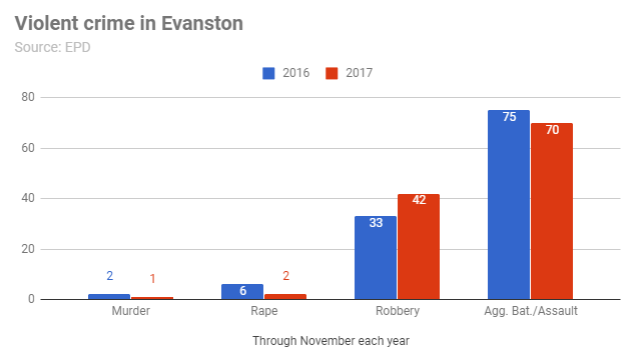 The number of fatal shootings so far this year has also declined — from two in 2016 to just one.

A 25-year-old Chicago man, Hamza Hammouis, was shot to death in the early morning hours of Aug. 14 near the intersection of Howard Street and Chicago Avenue.

A 26-year-old Chicago man, Gary E. Johnson, was charged with a weapons violation in the case, but prosecutors declined to file additional charges. Witnesses told police the two men had gotten into a verbal argument that escalated and that Hammouis ended up being shot with his own gun.

Overall, the violent crime, or crimes-against-persons categories that are reported to the FBI were nearly unchanged through November — with 116 incidents in 2016 and 115 this year — a decline of less than one percent. 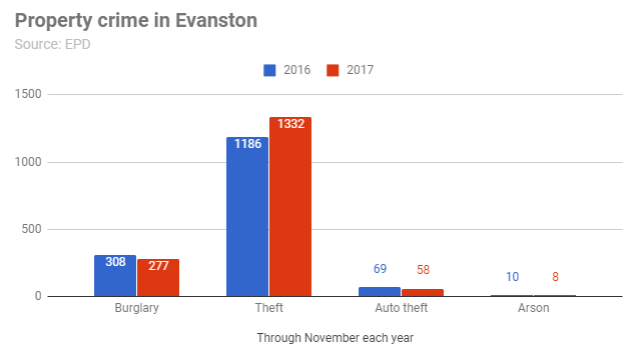 Three of the four categories of property crimes reported to the FBI also declined through November of this year, but thefts increased dramatically.

Dugan says that under FBI reporting guidelines, auto burglaries are counted as thefts. He says the vast majority of those involve items taken from cars whose owners have left them unlocked.