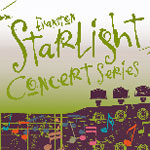 Chicago's own Waco Brothers will open the City of Evanston's 2012 Starlight Concert series with a free performance on Thursday, June 14, at James Park.

A video except from the Waco Brothers 2009 Starlight Concert performance.

Founded by Jon Langford of the Mekons, the Waco Brothers' train-wreck approach to country has been described as Johnny Cash meets the Clash.

Other performers on the Starlight Concert series include garage rock legends ? and the Mysterians, down and dirty R & B singer Andre Williams, the raw county blues of Reverend Peyton’s Big Damn Band, and Django Reinhardt disciple Alfonso Ponticelli.