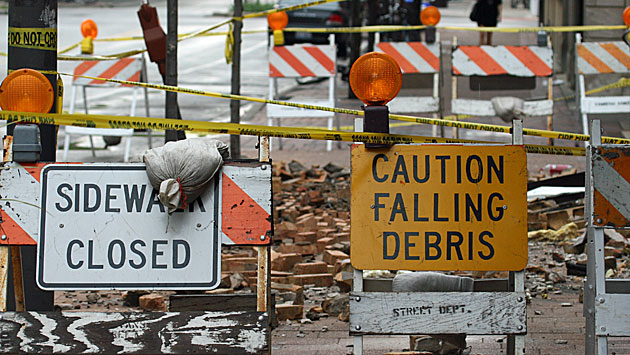 Update 10 a.m.: City inspectors are on the scene this morning assessing the damage to St. James Armenian Church at 816 Clark St. in downtown Evanston after heavy rain and high winds Thursday evening toppled bricks from the front facade.

Fire Chief Greg Klaiber says a forestry department truck equipped with a cherry picker has been brought in to let inspectors better assess the damage.

Klaiber says three people sitting on the steps of the church were shaken up when the bricks tumbled down beside them around 8:45 p.m.. One was taken to Evanston hospital for observation after complaining of being hit in the foot by a brick. 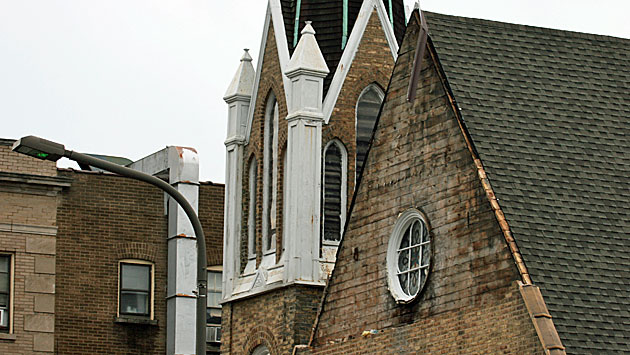 Top: Bricks fallen from the facade of St. James Armenian Church litter the Clark Street sidewalk this morning. Above: The brickwork peeled off the front facade of the church gable facing Clark Street, leaving the wood framing exposed.

The chief says a report on the extent of the damage may be available this afternoon.

And in what apparently was an unrelated incident, an air conditioner line at the theater in the Noyes Cultural Arts Center burst, causing the Next Theater company to cancel its Thursday evening performance because of the water damage.