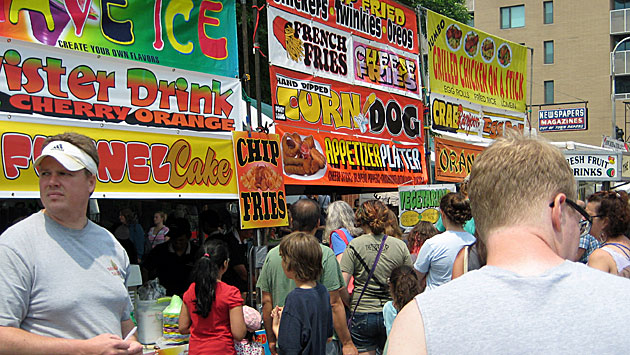 Evanston's summer festival season launches this weekend with the Custer's Last Stand Festival of the Arts.

The event, now in its 41st year, features an eclectic mix of arts and crafts from 250 vendors, more than 30 food booths and a cast of strolling street performers.

There'll also be musical performances on two stages throughout the festival hours, which run from 10 a.m. to 9 p.m. Saturday and Sunday. 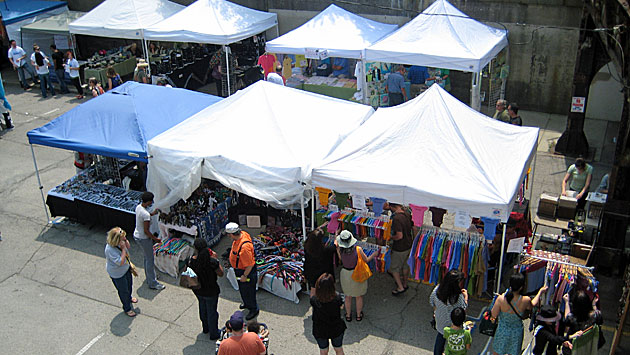 Top and above: Photos from Custer Fair 2011 by Hayden Dinges for Evanston Now.

The fair also features special offers from merchants in the Chicago-Main shopping district which plays host to the annual event.

Also coming up on the summer festival schedule: