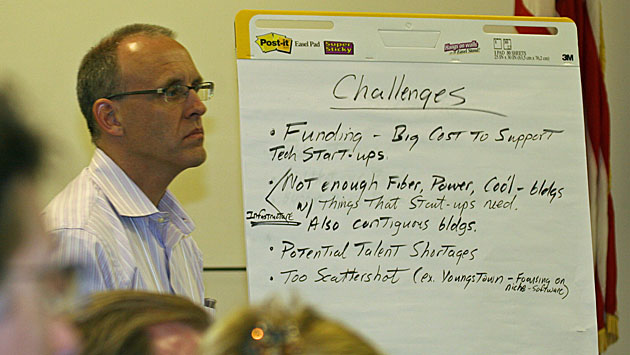 They didn't resolve all the issues, but participants in Evanston's economic development summit Friday appeared to agree the session was worthwhile, and city officials promised to do it again.

And as with global events, like the NATO summit happening down the road in Chicago this weekend, perhaps that in itself was the major accomplishment.

In breakout sessions for different industry groups participants identified what they see as key needs for their sectors.

Steve Hagerty of Hagerty Consulting reported that the technology sector group identified finding funding for startup businesses and the right type of office space for them as key issues.

They pointed enviously to the large amount of wetlab space available for startups in Skokie.

Creating a community in which businesses know each other and can stimulate each other's ideas was an area where Hagerty said Evanston seems to be making some progress.

"There is a little buzz here," Hagerty said, "but its not yet where it needs to be for a technology center."

He said Evanston has a great potential talent pool in graduates from Northwestern University, and good mass transit links that make the city easily accessible for young people living on Chicago's north side.

And he said the city should hold further meetings to try to more clearly identify where Evanston wants to be in the technology field, say five years from now. Nothing that Evanston is smaller than Silicon Valley or Chicago, he suggested the city may need to focus on a single technolgy field, rather than trying to do everything. 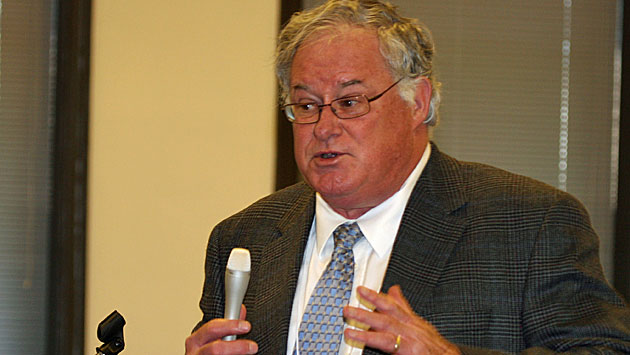 Top: Steve Hagerty stands by his note pad as someone makes a comment in the technology breakout session. Above: Edward Coster of the Evanston Symphony reports for the arts group.

From the arts and entertainment sector, Edward Coster of the Evanston Symphony reported that participants wanted to encourage more young people to get involved in the arts.

"How do we get iPod carrying kids into Pick-Staiger to listen to the Evanston Symphony? Coster asked.

And Emmanuel Jackson, of the e-learning firm Precise Unified Technologies, said that on the workforce training front there's a need for more training programs to qualify young people for jobs that require technical training. 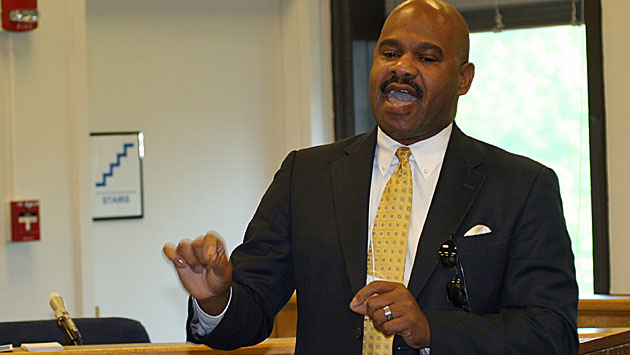 Emannuel Jackson makes a point during the technology breakout session.

As the meeting attended by about 100 local residents was ending, Alderman Melissa Wynne, 3rd Ward, said she hoped the city would keep having such sessions. "The first one I went to, people could have talked the entire morning," she said.

And Mayor Elizabeth Tisdahl said, "Everybody wanted another session, and I'm sure the Economic Development Committee will do a fabulous job of taking into consideration the ideas raised today."

A video of the summit's wrap-up session.