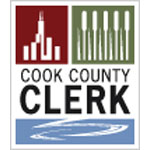 Cook County Clerk David Orr says equalized assessed valuations of properties in the northern suburbs, including Evanston, have decreased between 9 and 12 percent.

The tax rate for the City of Evanston went up 16.72 percent, but most taxing bodies, which, unlike the city, are limited by tax caps in how much they can levy, showed smaller rate increases.

Comparing nearby communities, the Village of Skokie's tax rate rose 12.1 percent, Wilmette's was up 15.4 percent and Glenview's increased 11.8 percent.