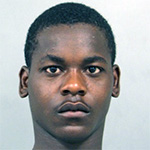 A 17-year-old Evanston youth has been charged in connection with a shooting incident Friday near the Old Orchard Mall in Skokie.

Skokie police say Rayshawn Taylor of 1932 Jackson Ave. has been charged with one count of aggravated discharge of a firearm and one count of unlawful use of a weapon.

Skokie police responding to a 911 call of shots fired in the 4800 block of Golf Road about 9:45 Friday night found a male juvenile lying on the ground with a gunshot wound to the abdomen. The victim sustained non-life-threatening injuries.

Taylor’s bond has been set at $250,000 with electronic home monitoring. He's scheduled to appear in court on the charges May 31.

Skokie police have said the shooting was not a random incident.