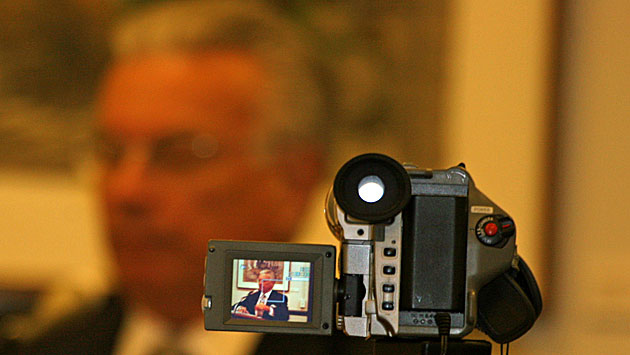 Evanston's township board tonight is scheduled to give the indigent a 25-percent benefit hike, decide what to do next after residents voted 2-1 in favor of dissolving the township and adopt new rules for conducting meetings.

The maximum benefit increase — from $400 to $500 a month– is the first in three years. It's part of a budget that will draw down the township's fund balances, which now would be sufficient to cover more than a year of town spending — a level many town board members, who also serve as Evanston city aldermen, consider to be excessve.

Township Supervisor Pat Vance says she believes the township should maintain reserves equal to at least six months of town spending because general assistance caseloads can vary and the township is limited by tax caps in its ability to increase revenue.

The benefit increase may also be designed to allay fears among general assistance recipients, some of whom were vocal in opposing the township dissolution referendum, that their interests would be ignored if the city succeeds in taking over the township's functions.

By drawing town the fund balances, the budget manages to provide for the benefit increase while also reducing the town's property tax levy.

Beyond the budget, City Manager Wally Bobkiewicz is seeking guidance from the trustees on what to do about the dissolution issue. In a memo he outlines four options:

The intergovernmental agreement, Bobkiewicz says, would likely under state law require approval of the township supervisor as well as the town board. Supervisor Vance, in her budget message, asserts that state statutes "do not allow the city to administer the general assistance program."

The informal discussions so far have failed to yield any substantial cost reductions, although Bobkiewicz says there have been preliminary talks about moving township offices into the Civic Center when the lease on the township's current rented space expires over a year from now.

He noted that the informal talks have not involved any reduction in township staffing. He previously has suggested that more efficient staffing could be the biggest way of saving money for township taxpayers.

The proposed new procedural rules for town meetings provide that the mayor serves as moderator of the meetings and that the city manager has the right to participate in discussions at the meetings.

The rules also set a 20-minute limit on citizen comment at the meetings and give the mayor the power to preserve order and decorum at meetings.

Under the rules, in the case of disturbance or disorderly conduct the mayor could remove offenders from the meeting, clear the council chamber of all spectators or suspend or adjourn the meeting.

Top: Catching the show. At last week's City Council meeting, resident Padma Rao, who frequently comments on township and other issues, came with her attorney Douglas Cannon, seen speaking here, and a videographer and camera to record the scene.