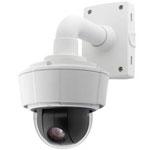 Cook County has turned down Evanston's request for $200,000 to place surveillance cameras along Church Street and Dodge Avenue — routes used for students traveling to the high school.

An email message received by Police Chief Richard Eddington last week and forwarded to an Evanston Now reader this morning says the county's Department of Homeland Security and Emergency Management received 60 grant requests totalling more than $6 million for the program. But it only had $1.6 million in federal funds to distribute.

Other than that the city's application didn't make the cut in a peer review process, there was no indication of why the request was rejected.

The camera proposal had been strongly backed by Mayor Elizabeth Tisdahl as a response to concerns voiced by students in a survey that they felt unsafe on the way to and from school.

But the plan drew sharp criticism from some community residents on privacy grounds and the City Council split 5-3 in voting to approve the grant request.

Within the past year the city and the high school have installed additional security cameras and improved lighting in the area immediately around the school.