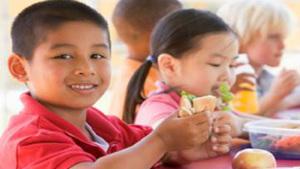 Evanston city officials say health inspections of day care centers here are up to date — unlike the problems reported over the weekend in Chicago.

The Chicago Tribune reported that Chicago's health department has failed to meet state requirements that food service kitchens in day care centers be inspected at least twice a year — and that in some cases centers had gone as long as two years without being checked.

Caneva says that with the small number of inspectors on Chicago's health department staff, there's no realistic way to meet the state-mandated twice-a-year inspection rule.