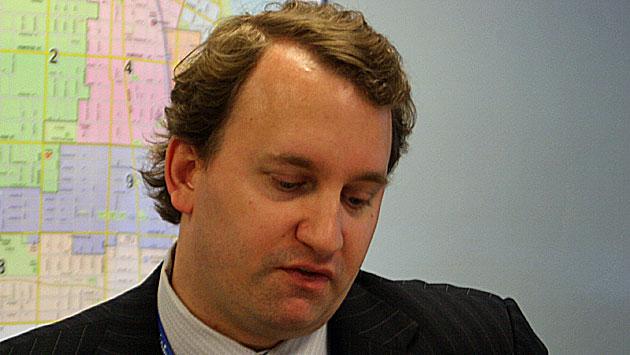 Evanston’s city attorney says the city’s new policy of using in-house counsel to defend it against lawsuits has led to a string of court victories.

The latest came in a jury verdict last month involving a wrongful death action filed by relatives of a knife-wielding man shot by police in a building at 1810 Church St. on April 26, 2009.

City Attorney Grant Farrar told reporters at a police headquarters news conference this afternoon that Cook County Circuit Judge Edward Washington entered a  verdict for the city in the case after jurors said the three officers involved reasonably believed that the actions of the man with the knife, Desrick York, had placed them in danger of death or great bodily harm when they fired the gunshots that killed him.

Farrar said the “very credible and convincing testimony” of the officers persuaded the jury to reach that conclusion, and the city’s case was also helped by testimony from a state police investigator who handled the original probe into the incident —  which also concluded the officers’ actions were justified. 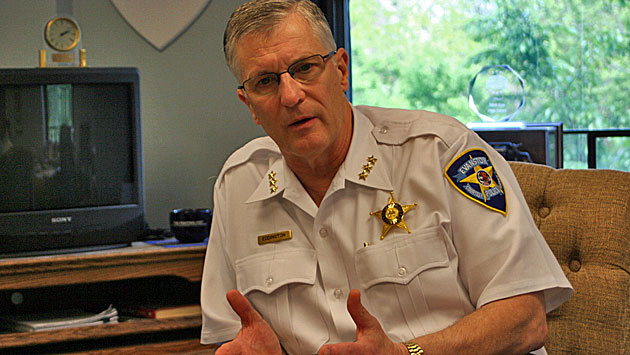 Police Chief Richard Eddington said at the time the state report was issued that it showed the shooting was a tragedy made unavoidable by York’s actions.

Eddington said York, 32, had been drinking heavily before starting to argue with his landlord and a handyman at the building.

York reportedly became enraged that the landlord would not return his security deposit, even though he had not yet moved out of the building.

The landlord managed to flee, but the chief said that when police arrived they found York standing in the building’s cramped basement brandishing a four-inch folding knife and threatening the handyman who was lying on the floor beneath him.

The chief said the officers repeatedly demanded that York drop the knife but that instead he advanced toward them.

As one officer reached out to push York away, he and the other officers fired a total of 11 shots, although Eddington said the gunfire lasted perhaps only a total of three seconds and witnesses reported hearing only three or four shots.

One bullet hit the outstretched hand of the officer who tried to push York back, causing injuries that required amputation of a finger.

York was pronounced dead at the scene.

Farrar says the law department has taken three cases to trial this year, which he estimates has saved the city roughly $350,000 in legal fees it otherwise would have had to pay to outside law firms to handle the cases.

He added that plaintiffs in the three cases were seeking over $1 million in damages from the city. The only verdict against the city was for $2,300.

“It’s been a very successful approach to this point,” Farrar said.

One of the other cases involved a police use of force incident, the other was a sidewalk slip-and-fall case.

Eddington today said deadly force incidents involving Evanston police are extremely rare — that the York shooting was the only one in his five years as chief.

He said only a very small percentage of police interactions with the public require the use of force and only an infintesimal percentage of those require police use of firearms.