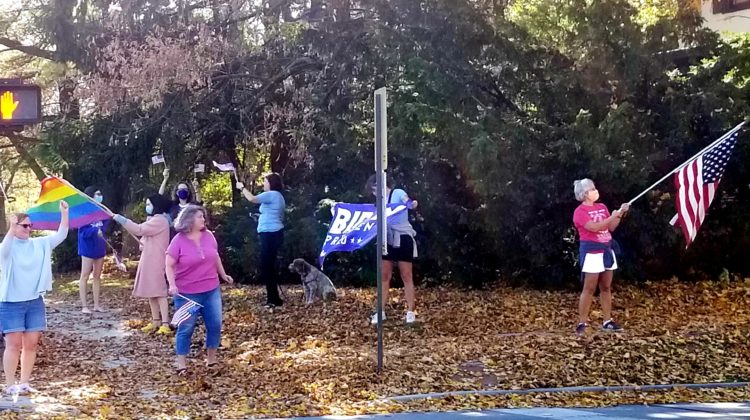 Residents of heavily Democratic Evanston celebrated today after learning that major news organizations had determined that with late vote counts from Pennsylvania Joe Biden will win the presidency.

Residents emerged from their homes banging pots, and gathered waving flags on street corners, where they drew enthusiastic horn honking from passing motorists.

And there was similar action in downtown Evanston at Fountain Square.

With Pennsylvania, Biden has 273 electoral college votes, three more than the 270 needed for victory

Biden, in a brief statement, called for healing and unity. President Trump claimed the election “is far from over” and that his campaign would “start prosecuting our case in court.”