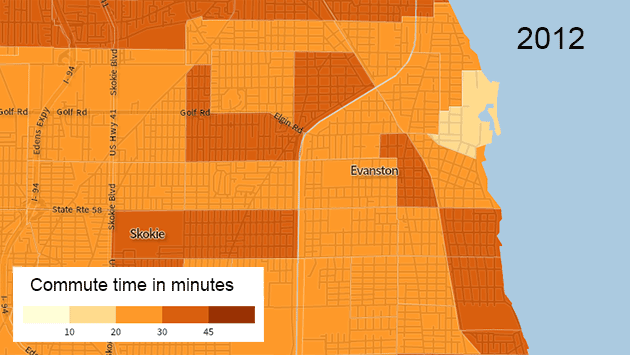 Newly released data from the Census Bureau indicates that residents of most neighborhoods in Evanston have shorter commutes now than they did a decade ago. 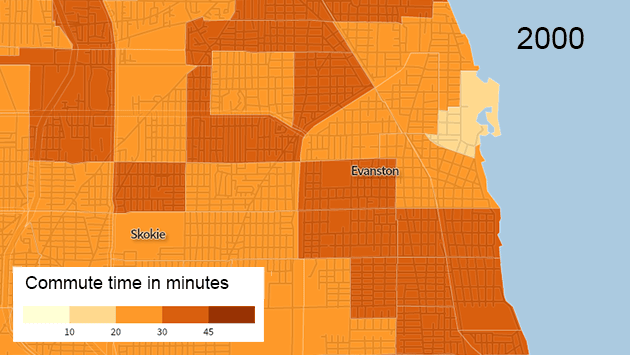 But despite the recent improvement, commute times for Evanston residents tend to be longer than they were in 1990. 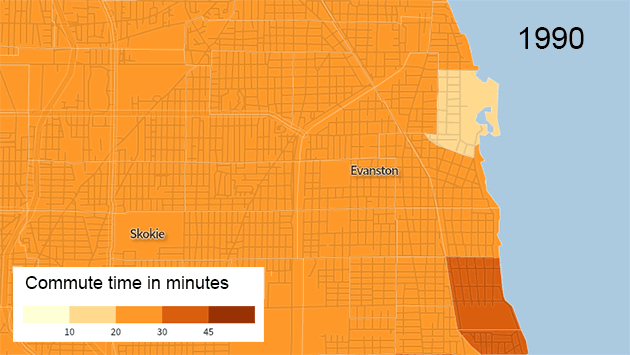 We'll leave it to you to speculate about why commute times have changed. But you can see how our commutes compare with those of people anywhere else in the nation on the Census Explorer website.