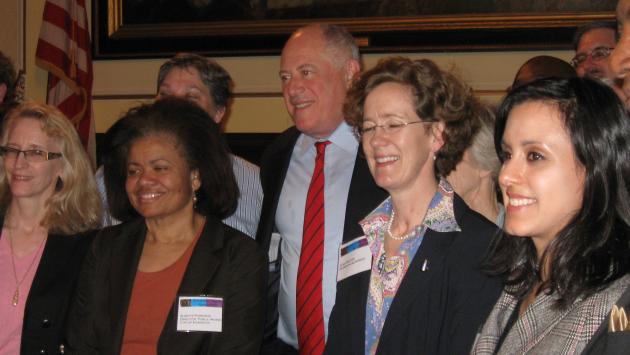 Wednesday was Evanston Day in Springfield. A busload of about 50 elected officials, staffers and citizens descended on the capital to express their views to legislators and state officials on issues of importance to Evanstonians.

What they found, to no one’s surprise, was a willingness to do about anything the delegation wanted as long as it didn’t cost the state additional money.

Except for Senate Bill 2874 that would approve a binding referendum to consolidate the Township of Evanston into the City of Evanston as a way to provide the same or additional services at a lower overhead cost, little encouragement was heard on other issues, such as public safety pension reform, avoidance of additional higher costs for teacher pensions, and an increase in the Monetary Award Program that helps needy college students pay their tuition bills.

The wailing and gnashing of teeth from state officials began with remarks at a luncheon in the governor’s mansion from Department of Human Services Secretary Michelle Saddler, who, along with her husband, is a longtime Evanston resident and is a graduate of Northwestern’s Kellogg Graduate School of Management. 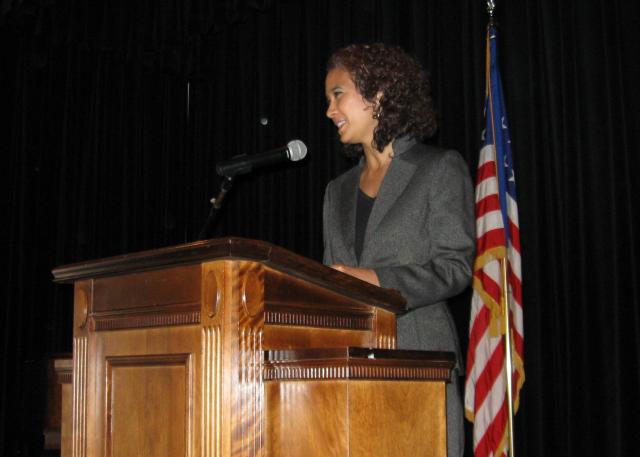 Noting that some 90 percent of general fund dollars go towards education, health, public safety, and human services, it is the latter that has borne the brunt of cuts in the state budget, amounting to $794 million last year and $600 million this year, she said.

While efforts have been made to shift investment away from institutional care and more towards residential care in the community, she added, the state has had to close two centers for the developmentally disabled and is looking to close two psychiatric hospitals in order to make ends meet.

“We have been shredding our safety net,” Saddler said, as case loads have more than doubled while the number of case workers has declined by a third.

She was followed at the lectern by Julie Hamos, a former state legislator representing a large portion of Evanston who is now director of Healthcare and Family Services. 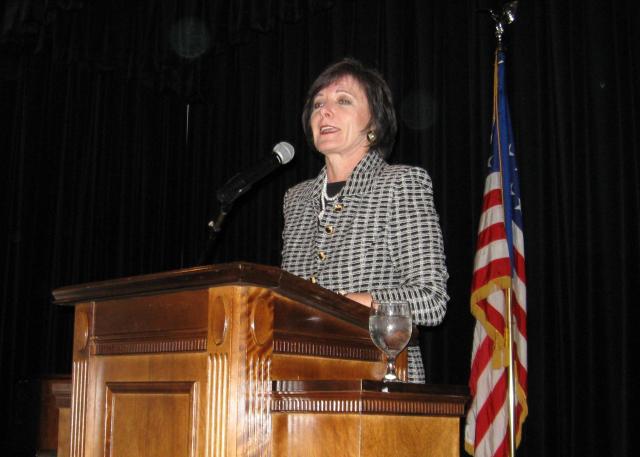 While she needs to cut some $2.7 billion from her $18 billion budget, she is faced with a vast  underfunding situation, where the expenses are mandated by state and federal law, but the funds to meet those mandates are not available.

“Consequently, we spend as if the money is there, but we are so underfunded that we can’t afford to pay our providers,” she said.  “We push off paying our bills into the next year.”

A bad economy not only lessens the amount of funds available from state and federal sources, she lamented, but it generates more needy people that rely upon those funds. At the same time, health care costs continue to rise, which makes the situation even worse to deal with.

“It is a deep hole that we need to get out of,” she declared.

In a session later in the afternoon with Evanston-based legislators, State Rep. Daniel Biss predicted that “we are not going to be out of these budget challenges for a long time." 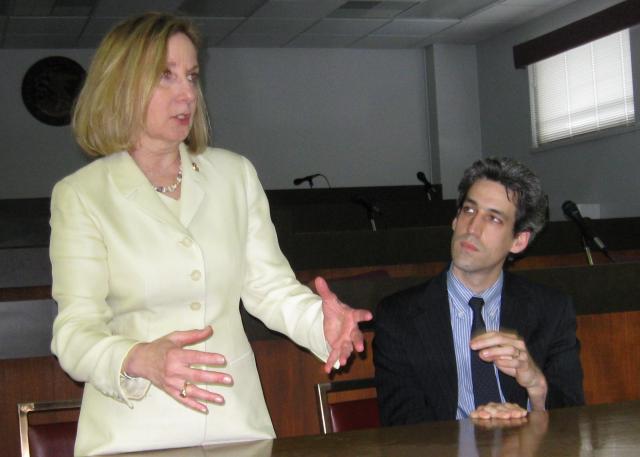 Supt. Witherspoon noted that the state has threatened to shift its contribution to teacher pensions from the state to the school districts themselves. In the case of District 202, he said, this would add $2 million a year to the district’s current $60 million operations budget, thereby shifting a state responsibility onto the shoulders of property tax payers.

Biss replied that for the state “to dump the cost onto someone else is ludicrous.” He suggested that a better solution would be for the state to give the district its current $2 million with the proviso that in future years, the contribution would increase only by the amount of increase in the consumer price index.

“That way,” he said, “if the district’s costs (for pensions) increase by more than the CPI, then you’ll suffer, while if you keep the increase at less than the CPI, you’ll benefit.” 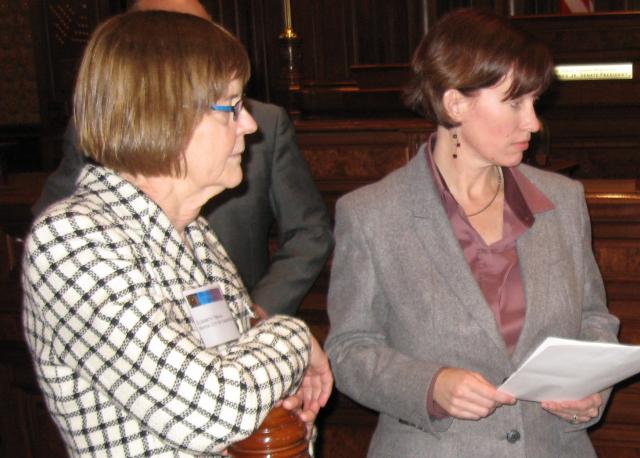 There was a brief meeting with State Treasurer Dan Rutherford, whose staff led the delegation on a tour of the vaults beneath the treasurer’s office that contain contents of abandoned assets, mostly from bank safe deposit boxes, that become the property of the state when their rightful owners cannot be located.

The day at the Capitol ended with an audience with Gov. Pat Quinn, who lauded the group for coming to Springfield, and who posed for a group photo followed by a round of hand-shaking before the Evanstonians boarded their chartered bus for the return home, arriving back in Evanston shortly after 9:30 p.m.