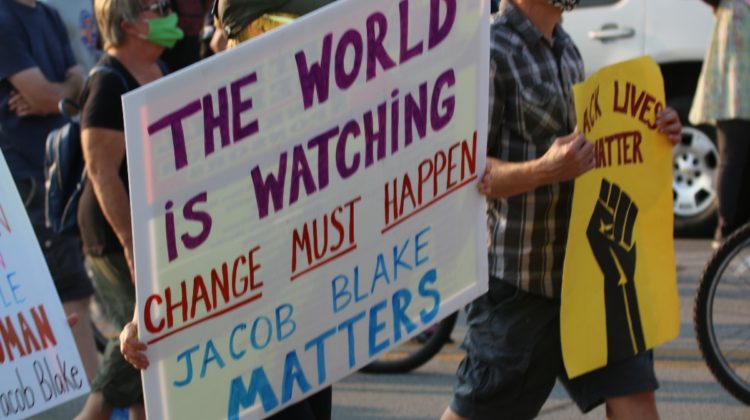 About 250 people rallied this evening in Evanston to protest the shooting Sunday by Kenosha, Wisconsin, police of Jacob Blake, a 29-year-old man who had grown up in Evanston.

Blake, who reportedly is paralyzed from the waist down as a result of the shooting, is a grandson of the one-time pastor of Ebenezer AME Church in Evanston. 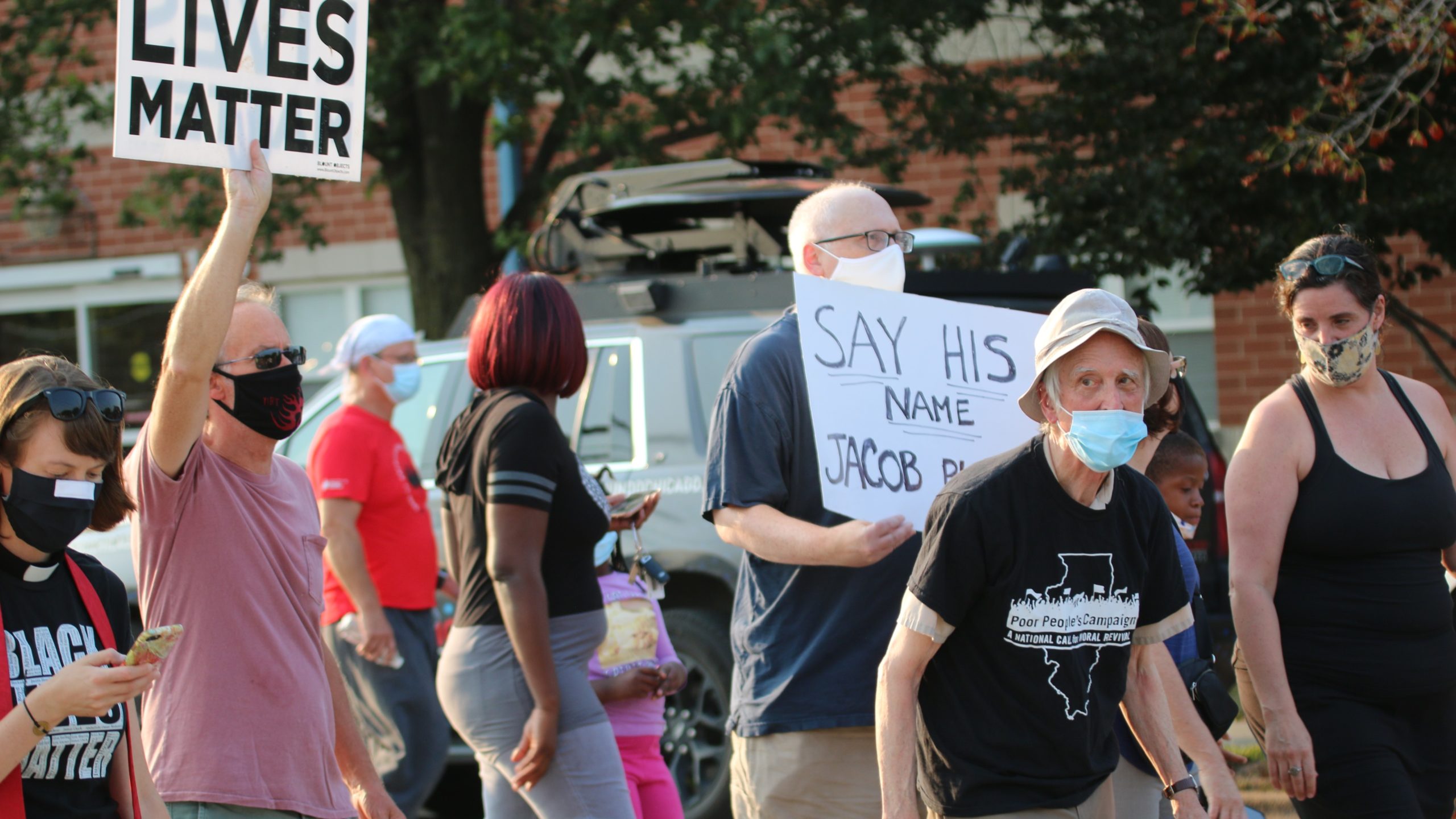 And the protest was held across the street from the Jacob Blake Manor, a senior housing development at 1615 Emerson St. named for the minister who had been active in the civil rights movement in Evanston before his death in 1976.

After listening to speakers at the rally, the protestors marched east on Emerson to Jackson Avenue, then north to Foster Street, west to Dewey Avenue and then back south to the rally site. 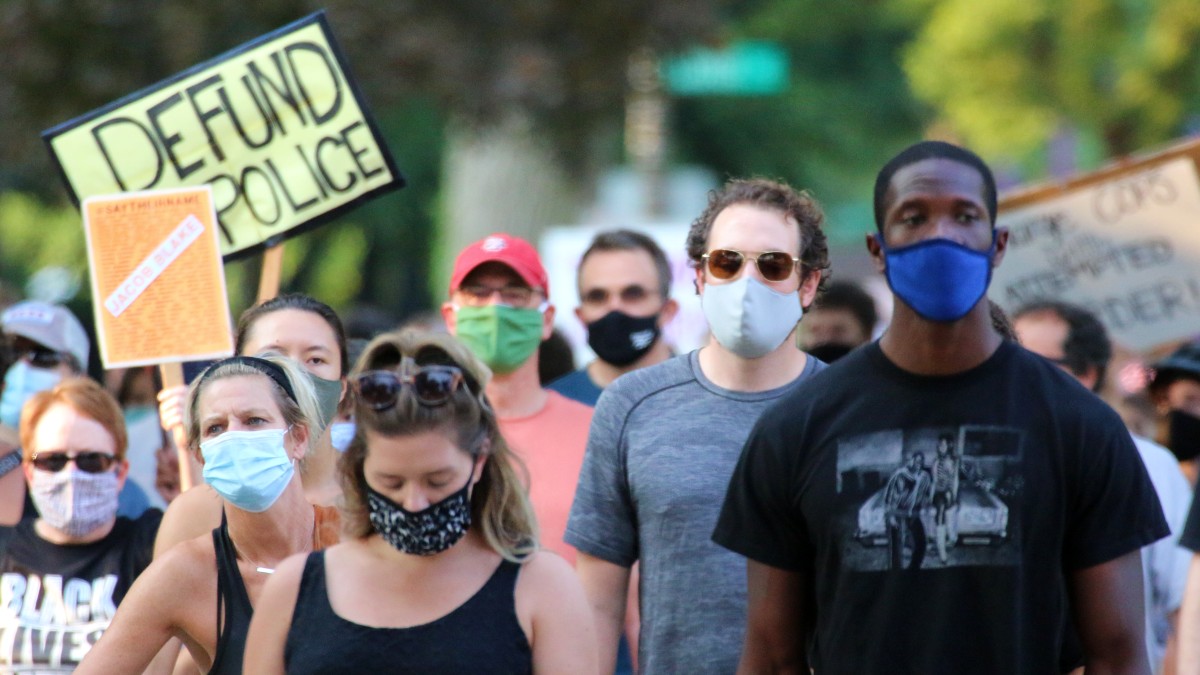 Evanston police blocked traffic on Emerson for about an hour from 5:30 to 6:30 p.m. to accommodate the demonstration.

Evanston Mayor Steve Hagerty this evening issued a statement saying, “Evanston’s collective hearts ache for Jacob and his family, and we are praying for his full and speedy recovery. Although painful, this incident reinforces our city’s commitment to eradicating racism, addressing inequalities and continued professional development of our police officers.”

The mayor said that an outdoor service of lament will be held at 2 p.m. Sunday, Aug. 30, at the church at 1109 Emerson St. “All community members are invited to attend to support the Blake family,” Hagerty said, “and to continue our work to heal the deep wounds and racial injustices that plague our country.”