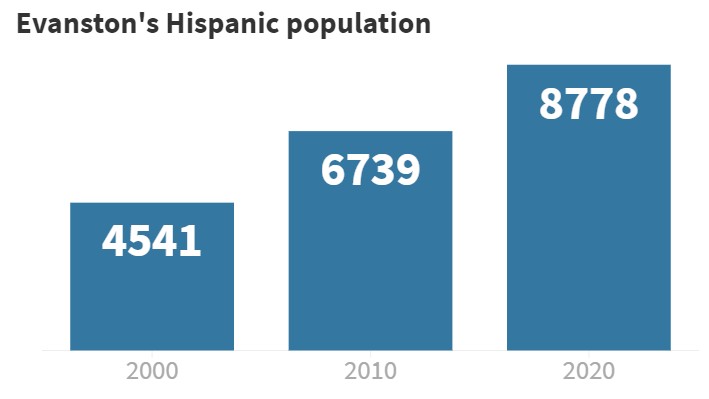 Evanston’s Hispanic population has nearly doubled over the past two decades.

As shown in the time-sequence maps below, In 2000, when Hispanics were 6.1% of Evanstonians, they lived mostly on the west and southwest sides of the city. That remains true today, with Hispanics totaling 11.2% of a significantly larger total population. (Click the arrow keys on the map graphic to view data for different years.)

The share of Hispanics in Evanston’s population remains lower than in Cook County as a whole, where 26.2% of residents identify as Hispanic, or across Illinois, where the Hispanic share of the population is 18.2%.