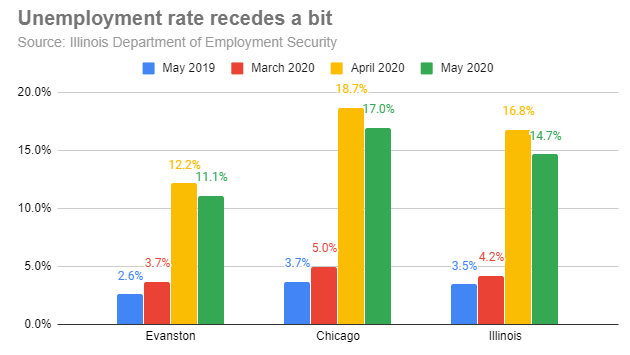 The unemployment rate in Evanston and across the state declined somewhat last month, according to figures released by the Illinois Department of Employment Security.

Evanston’s jobless rate fell from 12.2% in April to 11.1% in May as the economy slowly began to reopen after the COVID-19 driven shutdown. The decrease here was roughly in line with decreases seen in the City of Chicago and across the state.

However the jobless rate remains more than four times what it was a year ago and the size of the city’s labor force is still down by more than 2,000 people from what it was in March, before the pandemic-triggered job losses took hold.