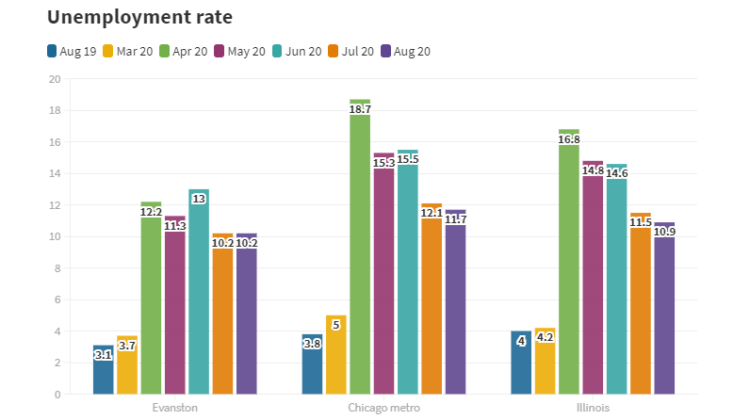 Figures released this noon by the Illinois Department of Employment security show the jobless rate here was 10.2% in both July and August, more than triple what it had been a year ago.

The jobless picture improved slightly in both the Chicago metro area and in Illinois as a whole last month. It fell from 12.1% to 11.7% in Chicago and from 11.5% to 10.9% across the state.