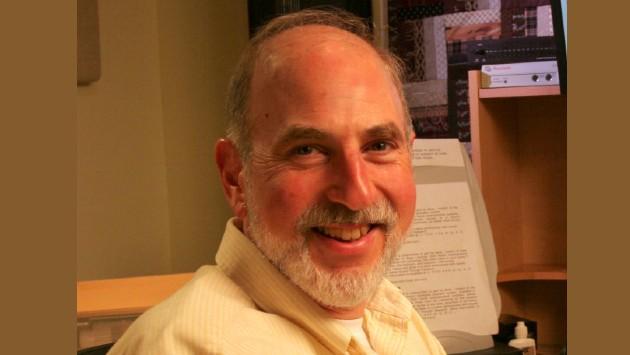 Chicago classical radio station WFMT announced today Rich Warren, an Evanston native, is retiring as host of the station’s weekly Saturday evening series The Midnight Special, a position he has held since 1983.

His final program as host will be on July 25. Marilyn Rea Beyer will host the program starting Aug. 1. Warren will continue to host WFMT’s Folkstage series.

“The Midnight Special, with its combination of ‘folk music and farce, show tunes and satire’ has made WFMT unique in the world of fine arts radio,” said WFMT General Manager George Preston in a statement.

“Rich Warren has been expertly carrying on this tradition as the sole host for almost 25 years, and I am deeply grateful to him for his dedication and long years of service. Preston said. “I’m also excited to welcome the wonderful Marilyn Rea Beyer to the WFMT team to take The Midnight Special into a new era. I hope that listeners will join me in thanking Rich and welcoming Marilyn.”

“Working for WFMT embodied my youthful dreams, and it has been my privilege and pleasure to contribute to the station and our audiences for 46 years,” said Warren.

“As of last Saturday, I have hosted 1,268 installments of The Midnight Special, and have never missed a single program. After these many years and programs, it’s time to let someone with their own fresh ideas take the microphone, he added. “I am thrilled to welcome Marilyn Rea Beyer, a mainstay of Boston folk radio and longtime fan of our show, back to Chicago to take over as host.”

”Hosting The Midnight Special, an iconic program I have loved since my teens, is an honor that I wouldn’t have dreamed of seeking until Rich suggested it,” said Beyer. “I’ve already enjoyed time on-air as a volunteer pledge announcer for the show, have engaged with potential new audiences regularly at live music venues in town, and am excited to build on Rich’s legacy while finding new ways to envision this legendary program that has for so long been a beacon to listeners.”

In 1968 as a student at the University of Illinois, Warren created the local radio show Changes, an unabashed imitation of The Midnight Special. For WFMT, he has recorded more than 1,000 folk music concerts and has produced and hosted the WFMT Folk Music Festival.

In 1983, Rich became a co-host of The Midnight Special, and assumed the role of sole host in 1996. Three years later, he launched the live concert series Folkstage, which still originates from WFMT’s Fay and Daniel Levin Performance Studio.

Warren has also contributed to print publications as a freelance technology writer and as a reviewer for Sing Out! magazine. In 2008, Folk Alliance International honored him as Folk DJ of the Year, and he was inducted by FAI into the Folk DJ Hall of Fame in 2017. Rich is a native of Evanston.

Beyer is a broadcaster, educator, writer, poet, and storyteller. She was on-air midday host, music director, and PR/Marketing Director for WUMB-FM (University of Massachusetts/Boston) from 1994-2014. Beyer also free-lanced as a spot announcer for WGBH-TV, WGBH-FM, and WCRB-FM – all in Boston. In addition, Beyer has served as an adjunct instructor in speech communication at SAE Institute/Chicago and in writing for the media at Lasell College in Newton, Mass.; as Public Relations Director for Perkins School for the Blind in Watertown, Mass.; and as a consulting producer for the award-winning PBS documentary The Ghost Army. Beyer grew up in Lansing, Ill., and resides in Chicago’s South Loop.

The Midnight Special was launched locally on WFMT in 1953 by then-announcer Mike Nichols as a showcase for recorded folk music; the series began airing nationally in 1971. The series features live performances recorded across a span of almost 70 years that are not available commercially, including well-known artists appearing at Chicago area clubs, concert venues, the University of Chicago Folk Festivals and the comedy revues of Chicago’s famed Second City.