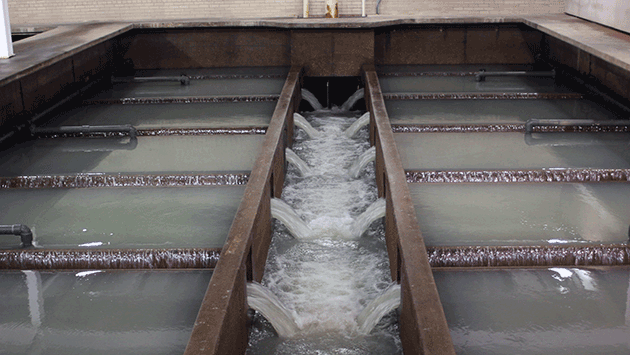 Evanston's prospects for being able to close a deal to sell water to three more nearby towns appeared to improve this week when Glenview announced it was no longer interested in providing water service to Niles.

Niles and Morton Grove had been collaborating on an effort to jointly acquire water either from Evanston or from a partnership of Glenview and Wilmette.

Glenview said its deadline for concluding a deal with Niles had passed, and it had decided instead to move forward to award an engineering design contract for a new Harlem Avenue water line replacement project sized only big enough to serve Morton Grove.

Interviewed by the Des Plaines-based Journal & Topics Newspapers, Niles Village Manager Steve Vinezeano said he was now exploring the possibility of building a pipeline direct from Wilmette, bypassing Glenview, and was still gathering information from Evanston. But Morton Grove Mayor Dan DiMaria said he is leaning toward staying with Niles and pursuing the Evanston option.

Stoneback told aldermen Monday that while the two communities had said they were hoping to reach a decision about whether to buy water from Evanston by the end of March, it now appears a decision is not likely before mid-May.

Evanston has argued that the two towns would save more money by signing up with Evanston, but the Evanston solution requires a larger initial capital investment than the one that had been proposed by Wilmette and Glenview — which has made the leaders of those towns reluctant to make a commitment.

Evanston has also proposed bringing Park Ridge in as an additional customer of the project to serve Morton Grove and Niles and it is pursuing a variety of other efforts to deliver water to additional communities — in the belief that it can beat the rising costs Chicago is imposing on those towns for water service while still generating additional revenue to reduce the overall cost of water service to Evanston residents.