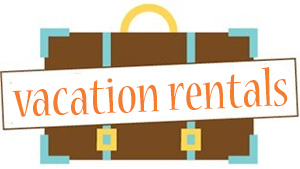 Using the special use process to regulate vacation rentals appeared to hit the spot with aldermen Monday night — but they delayed a vote on the ordinance to bake in additional revisions.

Aldermen Don Wilson, 4th Ward, wanted to exempt sale-leaseback agreements from the special use approval requirement. Those are frequently used by people selling a home who find their new home isn't yet ready, so they seek to stay over in their old home for a while after closing on its sale.

Alderman Melissa Wynne, 3rd Ward, suggested there should be an exemption for people who rent a home to a neighbor while the neighbor's home is under repair.

And Alderman Ann Rainey, 8th Ward, suggested there should be an exemption process that could be administered by city staff.

The new ordinance would treat vacation rentals similarly to bed and breakfast establishments and require that would-be operators go through the same special use approval process required for B&Bs.

It typically takes a minimum of 90 days to win approval for a special use, The approval process for what's so far the only property in the city approved for use as a B&B, at 300 Church St., took closer to six months.

The City Council was hopelessly divided last month when faced with two alternative proposals from staff — one to ban vacation rentals completely, the other to license them.

The new plan to some extent splits the difference between the previous two proposals.

It would be considerably more restrictive than a license and would give aldermen the discretion to bar a particular property from vacation rental use for essentially any reason they chose.

But it would at least make it possible to win approval for vacation rentals in residential zones as well as B1, T1 and T2 zones.

The proposed ordinance also makes some modifications to the bed and breakfast regulations — making the provision of breakfast optional and allowing them to be established in any kind of residential structure — not just a single-family or two-family home. But bed and breakfasts would still be limited to offering no more than five guest rooms for rent.

Alderman Wilson said he saw some provisions in the new ordinance that didn't appear to match up with the existing B&B ordinance and wanted to see those addressed.

The vacation rental provisions would only apply to rentals of 28 days or less — so that, for example, a faculty member leaving for a year on sabattical could rent out his or her home for the full sabbatical period to a single tenant without having to seek approval to operate a vacation rental.

The vacation rental concept has proved difficult for the City Council to deal with, ever since neighbors of one property on Ashland Avenue near Ryan Field started complaining about it last fall.

Other residents have reported operating such facilities without incident and some residents have suggested that regulating the rentals is an unnecessary infringement on the bundle of rights they acquired when they purchased their home.

Vacation rental supporters also argue that the concept — spurred by the emergence of online vacation rental listing services — represents a significant source of new economic activity for the community.

Under the newly proposed ordinance, violations could bring citations that would be handled by the city's administrative adjudication process.