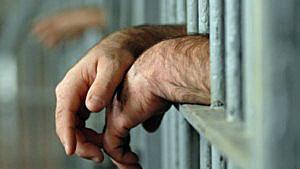 SPRINGFIELD – Prison lockdowns and inmate assaults are nothing new in the Illinois prison system. What is new, three longtime observers say, is the public-relations battle that has heated up between the state and the union representing corrections workers.

SPRINGFIELD – Prison lockdowns and inmate assaults are nothing new in the Illinois prison system. What is new, three longtime observers say, is the public-relations battle that has heated up between the state and the union representing corrections workers.

A volley of news releases and leaked memos since mid-July stemming from Gov. Pat Quinn’s plan to close two state prisons has surprised experts, who the dust up distracts from major flaws in the state’s prison system, including overcrowding, understaffing and cuts to programs for inmates.

“There is increased tension, so there’s an increase in prisoner-on-prisoner fights, but that’s because it’s hot. And the prisons have been on lockdown and they’re overcrowded, and there are no programs left so everybody is sitting in their cells. So there’s a good story here, but it’s not the one being told,” said Alan Mills, legal director of the Chicago-based Uptown People’s Law Center, a nonprofit legal center that handles cases on behalf of inmates.

Recent inmate assaults on both guards and fellow inmates — brought to light by the American Federation of State, County and Municipal Employees, the union representing prison employees — are tied to the impending closures because prisons already are overcrowded, the union contends. Consolidating inmates will make matters worse, it says.

At a July 19 rally in Springfield, prison employees described a spike in inmates punching, spitting on and biting guards, saying the incidents worsened in recent years because of overcrowding. And a July 24 report documented what a union representative described as “a riot,” fueled by understaffing and overcrowding, at a minimum-security prison in East Moline during a power outage.

AFSCME today filed suit in Alexander County seeking an injunction to halt the prison closings planned by the governor, claiming they will worsen dangerous overcrowding and that inappropriate inmate transfers pose a safety risk to prison workers.

Mills has monitored the state prison system for more than 20 years, and he questions why the assaults suddenly are being publicized, when they are the norm, for many reasons, in prisons.

“I’ve been disturbed by the lack of any sort of skepticism on behalf of the press. I don’t see how you can report that anytime there’s an assault it must be related to closing a correctional institution without asking for somebody to prove it. Anytime there’s an incident in any prison … the union puts out a press release,” he said. “Things are terrible, but it has nothing to do with prison closures.”

The Illinois Department of Corrections, meanwhile, ordered a pat-down search of employees as they left their shifts at more than a dozen prisons around the state in July. The union asserts the searches were retaliatory and meant to intimidate whistleblowers. A corrections spokeswoman denied the claim, saying employee searches can occur at any time.

In addition, there have been reports that corrections officials took fans away from inmates, who sit in stifling, un-air-conditioned cells. The heat was a factor in at least one inmate death, according to reports. Corrections officials said fans were removed because parts could be used to make weapons.

And a corrections official tried to stop a newspaper reporter from writing a story about transferring some inmates out of state, telling the reporter that naming them would endanger guards and inmates.

“If you proceed to disclose any information in your possession on this subject beyond yourself, the department will view your actions as attempting to promote disorder within the prison system,” the official wrote.

The tit-for-tat can be confusing for taxpayers, most of whom have little interaction with the prison system and are trying to make sense of Quinn’s plan and the union’s objections, experts say.

Laurie Jo Reynolds, who has taught at Columbia College in Chicago and is the organizer of Tamms Year Ten, a grassroots campaign to educate people about the effects of long-term prison isolation, said the incidents are being used to bolster the argument that no prisons should close.

“I think it deceives the public about what the true issues are. It confuses the public, and it makes it harder for the governor, the (Department of Corrections) and anyone else to pursue evidence-based public policy,” Reynolds said.

“They are creating an environment of scare tactics and fear mongering,” she said. “We all need to work together to reduce overcrowding, and everybody needs to buy into true evidence-based policies to reduce prison populations. But they’re creating such a polarized political environment, it’s not good for the dialogue and it’s also not good for the policies.”

Executive director John Maki said there is much at stake in the closure debate occurring this summer.

“It’s good for people to argue … but at the end of the day we still have to move forward. What I would hate to see is for these arguments and battles to poison the well, because we definitely need to go back to that well and find ways to reduce our prison population,” he said.

“What we’re seeing here is decades of asking the system to do more than it can possibly do with the amount of resources we’ve given it,” Maki said. “Everyone is feeling that — from the administration to the staff to the inmates. The answer isn’t to have more staff. The answer is to do what other states have done, which is to reduce the prison population.”

Maki, who said the association does not want to get caught in the middle a dispute between prison staff and the governor’s administration, admitted it may be difficult for Illinoisans to decipher what is going on right now.

“The average citizen should keep in mind that it’s in everyone’s interest to have the most effective prison system possible, but also because we spend more than a billion dollars a year on this system,” he said. “As all these battles are getting played out, citizens should be asking how does this help what we all care about – safer communities and a safer state.”