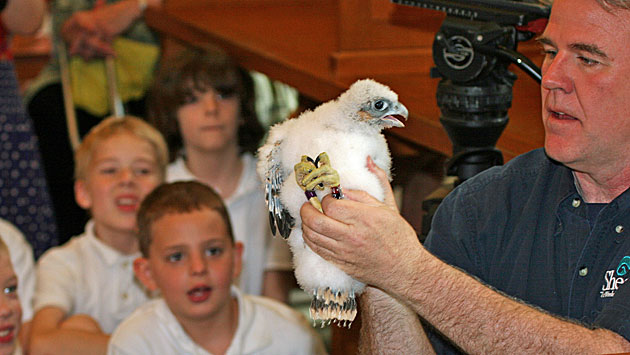 At all of three weeks old, the peregrine falcon chicks at the Evanston Public Library got to meet their adoring public as a crowd of more than 100 people turned out to watch as the birds were banded and given names.

Above: A male chick, the third to be banded, was given the name Lincoln, after U.S. President Abe Lincoln, the male name that came in second in a poll conducted by the library He's held by Matt Gies of the Shedd Acquarium. 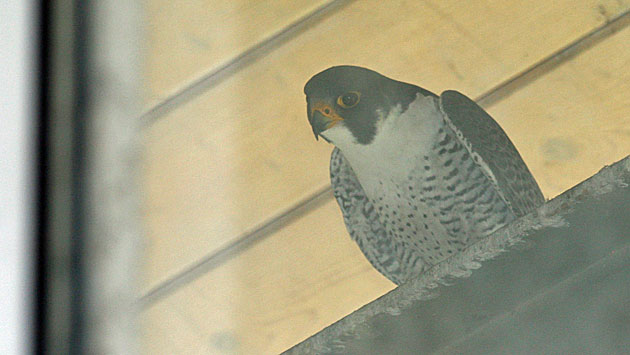 One of the bird's parents peered warily through the glass from the eaves overlooking the library's third floor as people gathered for the event in the reading room below. 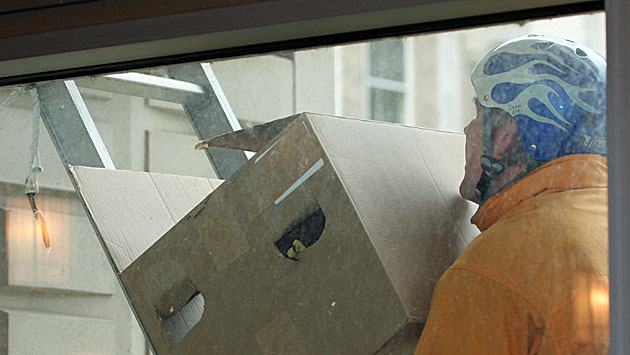 The parents flew off when Geis, using a ladder passed through a third-floor window of the library, climbed up to the ledge holding the nest to grab the birds for their banding. He wore a bike helmet, just in case the parents decided to attack. 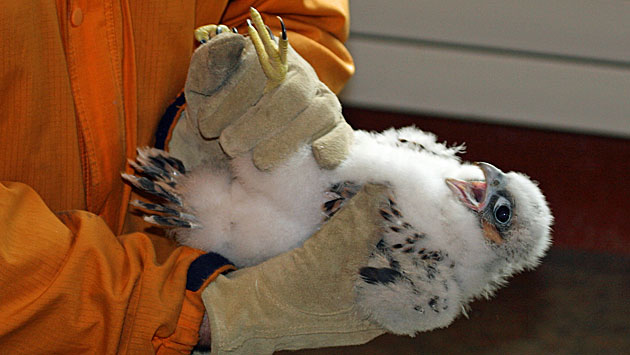 First out of the box was Wilbur, described as the runt of the litter, who was named after the runt pig in E.B. White's "Charlotte's Web." 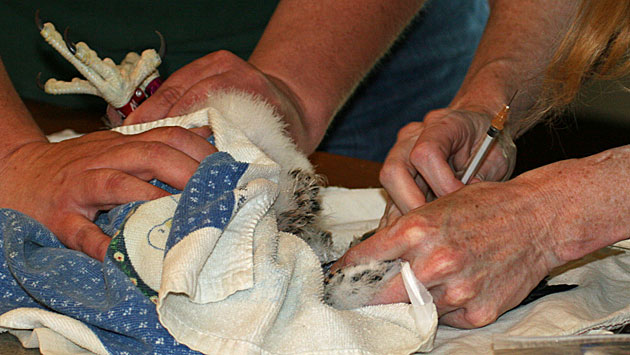 Each bird's head was covered with a towel during the banding process to keep it quiet. And a veterinarian drew a blood sample that will provide a genetic record for the bird. We think that may be Rosalind, the only female among the chicks, named after the central character of Shakespeare's "As You Like It." 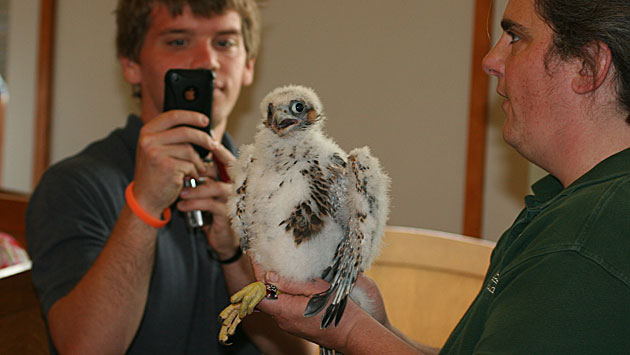 Mary Hennen of the Field Museum holds Dewey, named after famed librarian Melvil Dewey. Hennen says the birds' bodies are nearly full grown at this point, but they have to wait several more weeks for their flight wings to grow out before they can leave the nest on their own. 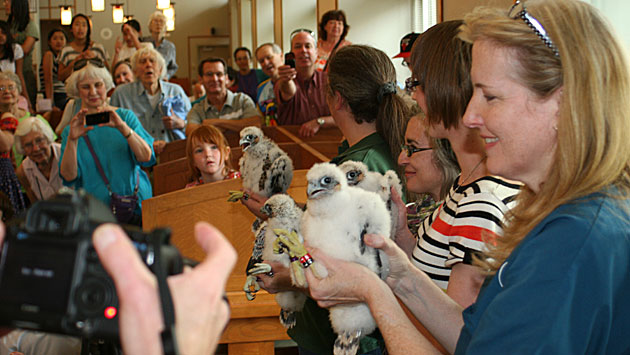 The work done, the four birds were held up for a last set of pictures from the crowd. 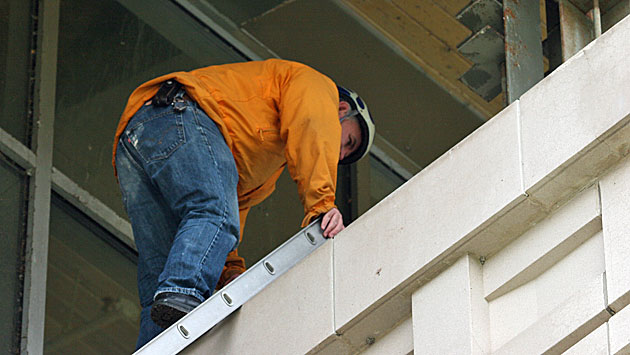 And then it was time to return them to their lofty perch.