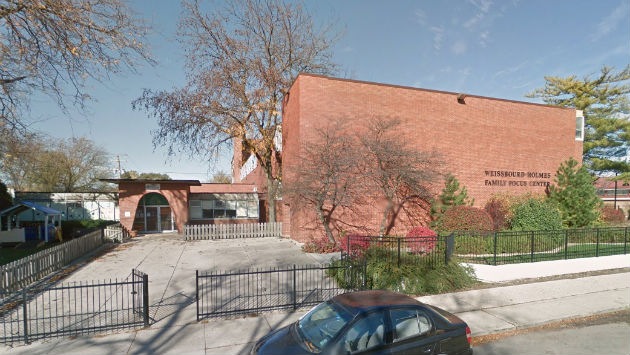 Family Focus, the non-profit that owns the former Foster School building in Evanston tonight will oppose efforts by a group of neighborhood residents to have the city landmark the building.

The city’s Preservation Commission is scheduled to hold a public hearing on the landmark request at 7 p.m. at the Civic Center.

In a letter to the commission, Bridget O’Keefe, an attorney for Family Focus, says the building lacks the historic integrity of its original design required for designation as a landmark, that the city failed to act to designate it a landmark during the 40 years the city has had its historic preservation ordinance and that the organization cannot afford to continue its mission in Evanston and also cover needed capital expenses at the building.

The effort to landmark the property has been led by Dino Robinson of the Shorefront Legacy Center, which was formerly housed at the Family Focus building.

He argues that the building has served as a school and a symbol of social change for Evanston’s black community for more than a century.

The orginal Foster School building was constructed in 1905 with additions in 1926 and 1931.

The original section of the building was destroyed by fire in 1958 and was replaced with a modern addition in 1961.

The Family Focus attorney also notes that all the building’s windows have been replaced since 1989 and that the footprint of the building was expanded in 2010 and that classroom spaces on three floors of the building have been demolished to provide office space for current tenants.