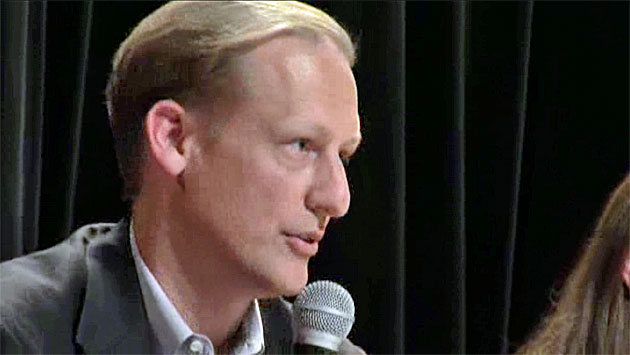 At a forum in Evanston, Republican state senate candidate Glenn Farkas suggested shipping violent criminals from Illinois to China as a cost-saving measure.

"China's taken a lot of other stuff from us. Why don't we outsource some of these prisons," Farkas said. "We'd probably get better deal if we sent them over to China and let them house them."

Most other candidates at the Thursday evening session at Haven Middle School sponsored by the Central Street Neighobrs Associaion focused on reducing prison costs by sending fewer non-violent offenders to prison in the first place.

State Rep. Robyn Gabel said keeping an inmate in prison costs taxpayers over $16,000 a year. "The majority are in for non-violent drug offenses," Gabel said. "They could better serve their time not in prison, but at home with ankle bracelets."

Her Republican challenger, Eric Lieberman, said he agreed tha sending fewer offenders to jail could save a lot of money and that people who "are not violent, not harmful to us" should not be thrown into jail.

Laura Fine, the Democrat seeking the 17th District house seat, said the state should focus on rehabilitation programs so offenders can contribute to society.

And her opponent, Kyle Frank, said the state needs to improve educational opportunities so fewer young people will resort to a life of crime.

In an aside, Lieberman, an Evanston resident, claimed that Evanston's murder rate is now has risen to be half as much as Chicago's.

That drew a quick rejoinder from Evanston Mayor Elizabeth Tisdahl, who was serving as a stand-in on the panel for state senate candidate Daniel Biss, who had a scheduling conflict and couldn't attend the session.

Tisdahl said Evanston's crime rate is continuing to decline — to just one murder so far this year, although she added that "even one is too many."

Evanston has averaged about 2.2 homicides per year over the past decade, which is just under 0.3 per 10,000 residents — or less than 20 percent of Chicago's rate.

Video replay of the candidate forum