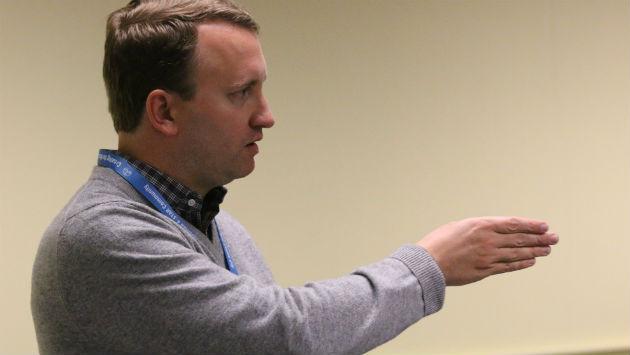 At a meeting with landlords Wednesday evening Evanston City Attorney Grant Farrar conceded that some revisions likely are needed to rules regarding evictions in a pair of ordinances now being considered by City Council.

Several of the more than 30 landlords at the meeting complained that the rules could put them in a financially intolerable position — barred from renting to any new tenants for the six to nine months it takes for an eviction proceding against one problem tenant to work its way through the courts.

Other landlords said the rules appeared to require them to evict entire families if just one person in a household was charged with a crime. 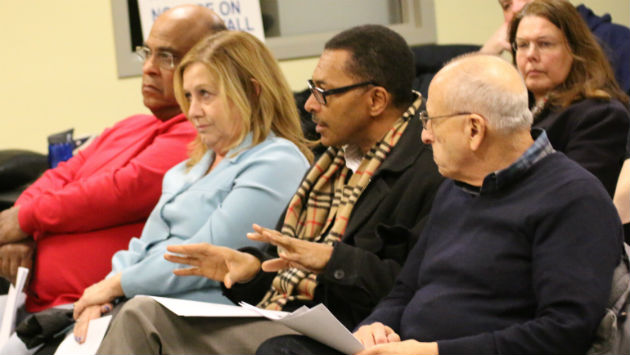 A landlord raising concerns about the licensing proposal at the meeting.

Another landlord suggested that instead of licensing landlords the city should be licensing tenants. "You're asking us to put our life and limb in peril to deal with these tenants," Michael Thomas said.

"We have no practical ability to force them out," Thomas said, "yet the corporation counsel is saying the city can't do it because of anti-discrimination rules. My name for that is hypocrisy."

Some landlords suggested that the city instead should adopt a Skokie ordinance that requires a "crime free lease addendum" in all rental agreements.

That provision requires tenants to acknowledge that criminal activity on the property is a violation of the lease terms and authorizes the landlord to pursue eviction procedings.

It also establishes a village staff committee that is authorized to issue an opinion on whether eviction is an appropriate response in a particular case and authorizes the landlord to seek court testimony from a city representative in support of the eviction suit.

The Skokie licensing ordinance would have applied only to multi-unit rental buildings — exempting single family homes, condo units and owner-occupied two-flats — properties that are included in the current Evanston rental licensing proposal. 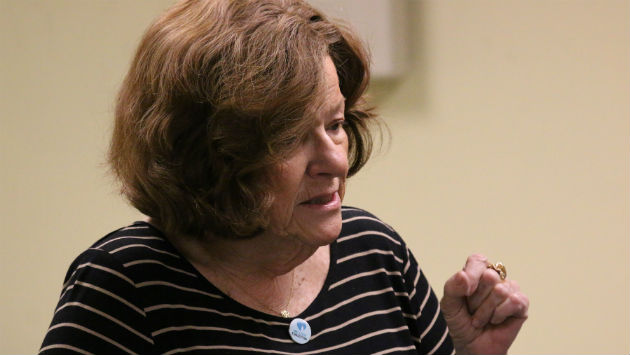 Alderman Ann Rainey, 8th Ward, who called the meeting at the former police outpost at 633 Howard St., said "I'm not really on board with" the rental licensing proposal.

Noting that she is the only one of the city's nine aldermen who is currently a tenant and the only one who has ever worked as a professional property manager, said she knows the city's existing landlord-tenant ordinance works.

"It's been challenged and ruled constitutional. It gives responsbilities to both tenants and landlords and gives sanctions to both.," she said, suggesting that it could be revised to meet new goals.

"I know there are buildings in town that have tenants who ought to be in jail and are causing horrible trouble," Rainey said, "but I believe we've achieved some civility down here" in the 8th Ward "and don't have horrible problems any more."

"I understand why aldermen in certain other wards are pushing for this, but I'm not sure its the right solution," she said.