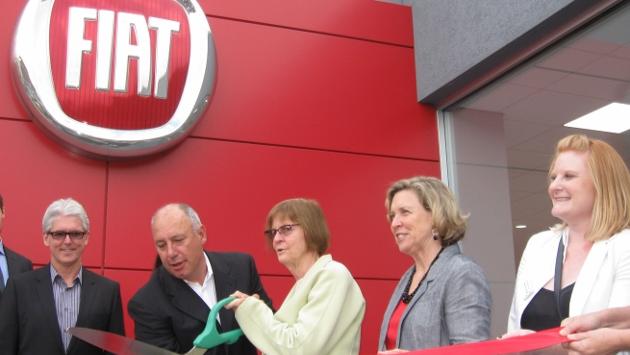 With plenty of Italian food and drink, the Autobarn of Evanston, a fixture here for 22 years, welcomed the Fiat brand to Evanston Thursday, with city and business officials on hand to witness the ribbon-cutting ceremony at its facility in the 1100 block of Chicago Avenue.

Mayor Elizabeth Tisdahl, an old hand at wielding the giant scissors, said the one thing she enjoys even more than welcoming a new business to the city is celebrating the expansion of an existing business.

And Autobarn owner Richard Fisher told the crowd that “Evanston will be the best place for this franchise. We wouldn’t want it to be anywhere else.” 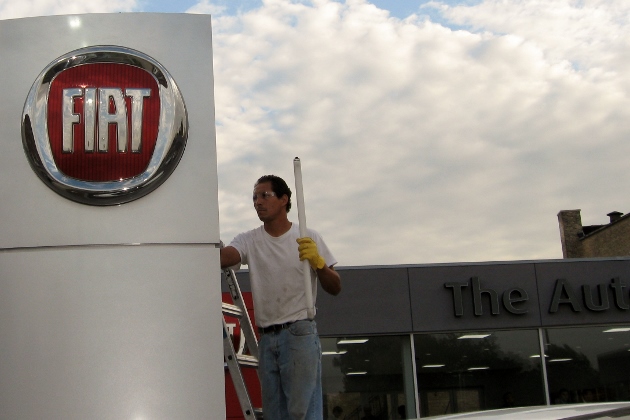 A workman makes a last minute adjustment to the Fiat sign before the ceremony begins.

Third Ward Alderman Melissa Wynne, in whose ward the Autobarn operation resides, was in a jovial mood as well, along with city manager Wally Bobkiewicz.

Although Autobarn has spent the last six months renovating and preparing for Fiat’s arrival, Fisher noted that “this was a fairly quick project for us.” 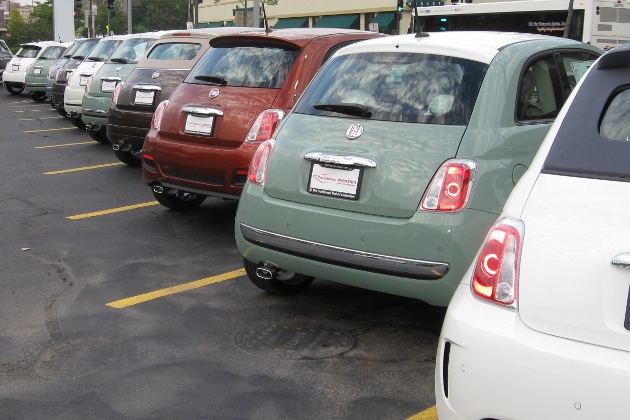 Family owned and operated, Autobarn has been involved in sponsoring a number of activities and organizations in Evanston, including the Center for Neighborhood Technology’s EV Charging Stations, Evanston’s YEA! Day, and as a member of Evanston’s Chamber of Commerce.

Top: Fisher and Tisdahl cut the ribbon as Wynne and others look on.