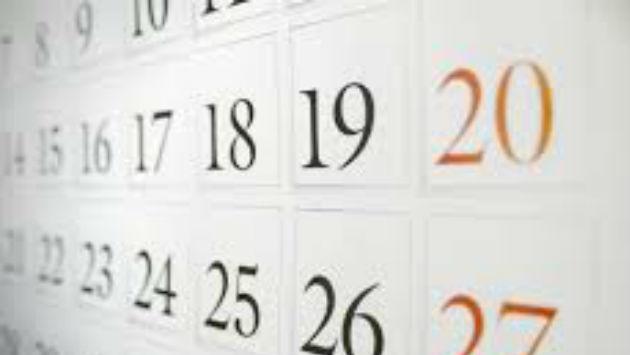 The final approval for the calendars of Evanston’s two school districts is on the agenda for Monday night’s meeting of the Evanston Township High School District 202 Board of Education.

A calendar committee consisting of representatives of District 202 and the Evanston/Skokie School District 65 administration works year around to coordinate the two calendars so that parents with students in both districts are able to schedule trips during the various breaks at Christmas, spring, and summer.

The District 65 calendar was approved by its board on March 20.

Assuming the District 202 Board approves its calendar Monday night, here is how the year is shaping up:

28 – First day of classes for both districts.

21 – No classes will be held in either district because of Rosh Hashanah.

25 – It’s Parent Shadow Day at the high school, with an open house in the evening.

4 – It’s an early dismissal day for District 65 students, although it’s a full day for teachers, officially known as a School Improvement Day.  For all such days during the school year, the magnet schools are out at 11 a.m., middle schools at 11:30 a.m., Park School at noon, and elementary schools at 12:05 p.m.

5 – Because of conferences, students are dismissed from the high school at noon.

6 – Staff Institute Day at the high school. No classes that day for students.

1 – Another early dismissal at District 65 schools for School Improvement Day.

22-24 – No school for either district. Thanksgiving break.

6 – Early dismissal at District 65 for a School Improvement Day.

8 – Classes resume in both districts following the winter recess.

15 – No classes at either district because of Martin Luther King, Jr. holiday.

19 – Presidents Day. No school at either district.

22 – Noon dismissal for students at the high school.

23 – A non-attendance day for the high school.

No days off or early dismissals for either district.

28 – Memorial Day. No school at either district.

4 – Last day of school for both districts, although ETHS seniors will have been off since May 24.

5-11 – Both districts are holding these days in reserve in case schools had to close during the year for some unscheduled emergency, such as extreme cold or heavy snow.