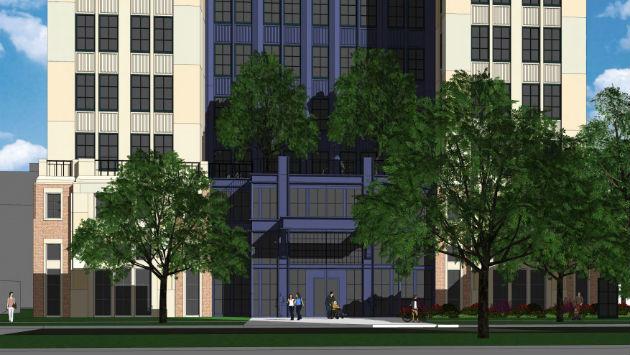 The Evanstion City Council is scheduled to take a final vote Monday on plans to sell a parking lot on Chicago Avenue to developers who would build a $56 million, 11-story office building on the site.

The city would receive $4 million for the land and the building would include enough public parking in its garage to make up for the spaces in the existing surface parking lot at 1714-1718 Chicago Ave.

The developers, Gregory Stec and Bruce Larson of Chicago Ave. Partners, LLC, say the 136,000 square foot building would house about 500 office workers and that they’ve been approached by a number of companies interested in leasing space there. 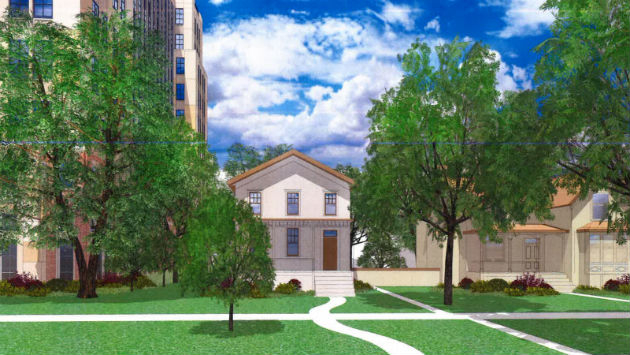 A rendering indicates how the new building would relate to the historic Frances Willard properties to the north. 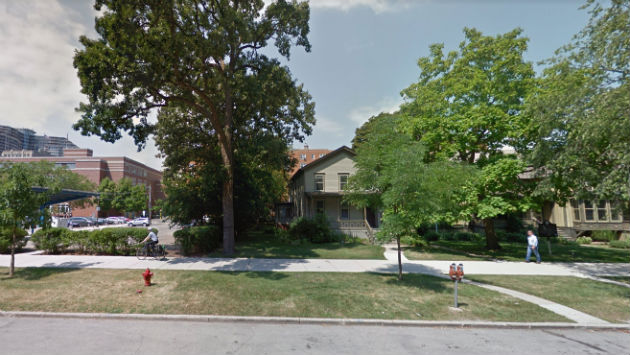 A Google Maps image offering a similar view of the existing parking lot and the Willard properties.

The sale will require a two-thirds vote by aldermen to win approval. Seven of the nine aldermen voted to introduce the sale contract at their Sept. 11 meeting

The project is estimated to generate about $2 million annually in tax revenue for the city and provide more customers for downtown restaurants and other businesses. But opponents have objected to the height of the building and its potential impact on the low-rise buildings owned by non-profit groups on either side of the lot. 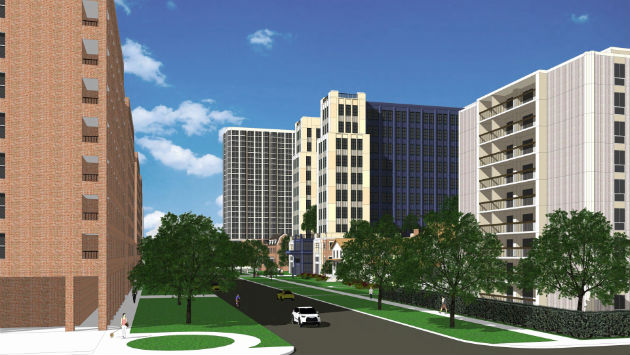 A rendering looking south on Chicago Avenue from Clark Street, with the proposed office building in the center.