Interim City Manager Rolanda B. Russell announced the appointment, calling Lyons "a strategic thinker" who "will continue to carefully guide the city’s budget in a positive direction." 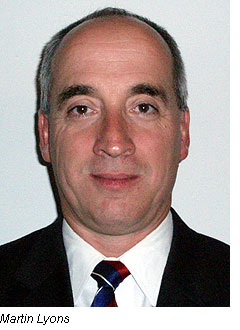 Lyons replaces Judy Aiello, who retired from the assistant city manager’s job nearly a year ago.

Before joining the city, Lyons was an area vice president for Gallagher Benefit Services. He had previously been director of finance and information services for Downers Grove.

Russell added, "I would like to thank Doug Gaynor and Joellen Daley who accepted temporary assignments to assist me in the city manager’s office after 80 percent of the senior level staff retired last year." They will return to their previous positions effective April 12.