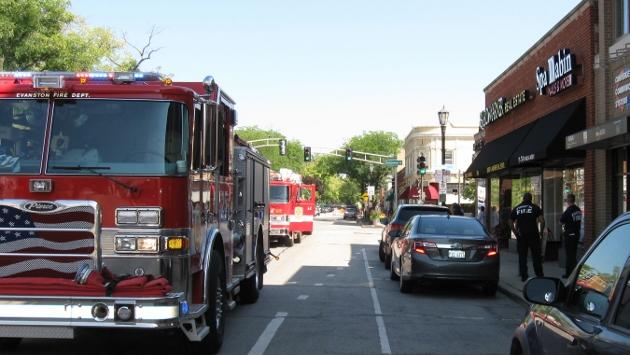 An electrical malfunction had caused a small amount of smoke to rise from an electrical connection in the kitchen area of the café, according to an employee, and as a precautionary measure they called 9-1-1.

EFD responded immediately from their station a half-block away, and equipment arrived from other stations as well. 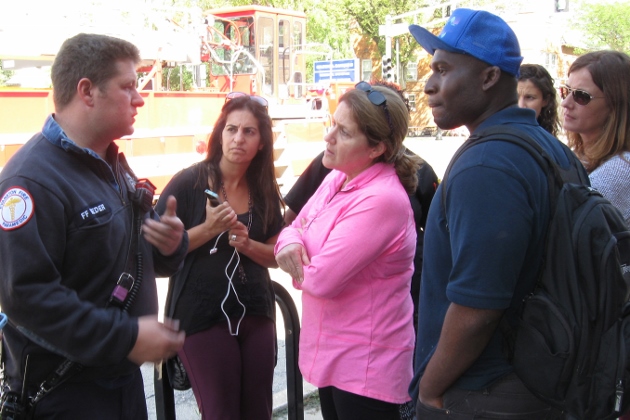 A firefighter briefs employees in front of the cafe at Central Street near Lincolnwood Drive.

The malfunction occurred after the noon lunch rush, when there were few customers inside the one-floor facility.

Employees said there was no fire and no injuries.

The café was in the news recently when its executive director, Susan Trieschmann, was given a key to the city by Mayor Elizabeth Tisdahl at a City Council meeting for her work in training at-risk young people for work in the restaurant business.