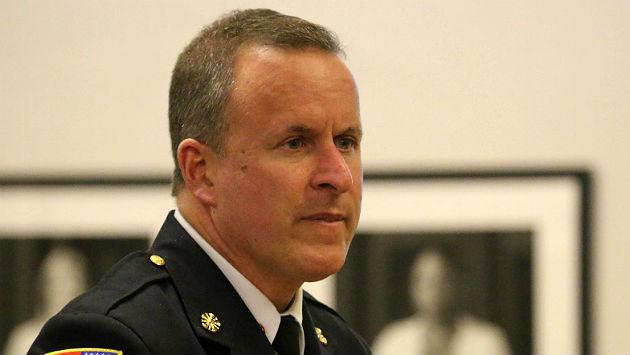 The Evanston Fire Department saw a slight decline in call volume last year for the second year in a row.

Fire Chief Brian Scott told aldermen Monday that the department responded to 10,014 total calls last year — that’s down two percent from the peak of 10,267 calls in 2016. More than 60 percent of the calls in recent years have been for ambulance runs.

The vast majority of fire calls were false alarms, most triggered by automatic alarm systems. Scott says the department extinguished 74 fires last year. That’s down by more than half from the 154 fires reported in the city in 2011.

Scott says fire losses in the city last year totalled just under $5 million and that quick response by firefighters managed to prevent the destruction of 95 percent of the value of buildings that did catch fire.

The department averaged a response time of 3:12 minutes last year, substantially below the target of a 4:00 minute response established by the National Fire Protection Association.

Scott said he hoped a new department partnership with St. Francis Hospital to create a mobile integrated health care and community paramedic program, designed to extend primary care and integrated social service delivery to those in need, may help reduce the number of calls for emergency transport that could be handled better in other settings.

But he added that the vast majority of EMS calls do involve valid emergencies.

The department has expanded its Fire Explorers program for teenagers and completed a community-based recruitment process for a new two-year firefighter eligibility list.