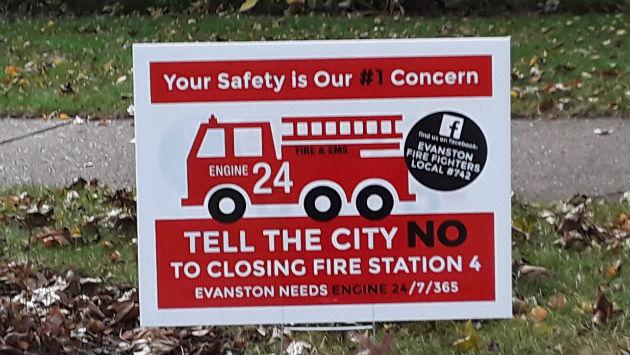 Evanston’s fire and ambulance crews respond to twice as many calls during the daytime hours than they do at night, but the city’s 24-hour duty schedule for firefighters means staffing doesn’t vary with the predictable shift in demand.

Calls for service data provided by Fire Chief Brian Scott at Evanston Now’s request show that the number of calls for Evanston’s five fire engines, two trucks and two ambulances range from a low of one call every two hours in the pre-dawn darkness to more than one-and-a-half calls per hour at mid-day.

Roughly two out of every three calls are ambulance runs. In addition to an ambulance, a fire engine is dispatched for every ambulance call.

That scheduling pattern for the fire service is very common across the country, although a variety of other schedules, including eight and 12 hour shifts and split 10 and 14 hour shifts are also in use.

Some reports have raised questions about the health and safety impact of working 24-hour long shifts. And reports are mixed about which pattern is most efficient from a scheduling and overtime standpoint.

Fire department data shows that Evanston’s ambulances are by far the most heavily used vehicles in the Evanston fire fleet.

The Village of Glenview has come up with a partial solution to the varying level of demand across different day parts.

Glenview’s department serves a population of about 60,000 people in the village and adjacent unincorporated areas with four engines and one truck in addition to its ambulances.

But he says given the current budget deficit it would be extremely difficult to fund the addition of even 12 more hours of ambulance service.

If instead of closing the station, which now houses an engine, an ambulance operating for 12 hours a day were stationed there, it would make it possible to reduce the impact of the loss of the engine on service levels while still eliminating six of the nine firefighter jobs proposed to be cut.

Evanston aldermen will hold a special meeting on the 2019 budget Saturday morning at 9 a.m. at the Civic Center.