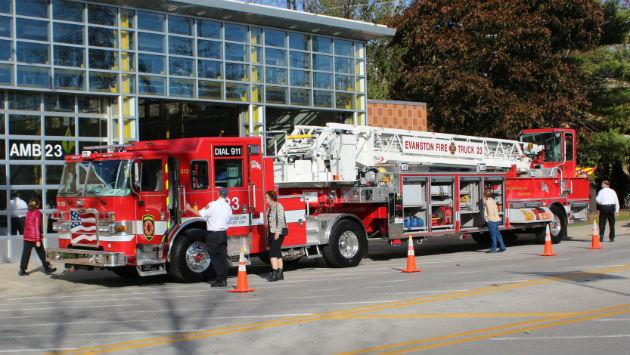 Fire Chief Greg Klaiber said the new truck, based at Fire Station 3 at 1105 Central St., will assure three to five minute response times to fire calls for all parts of the city north of Church Street. 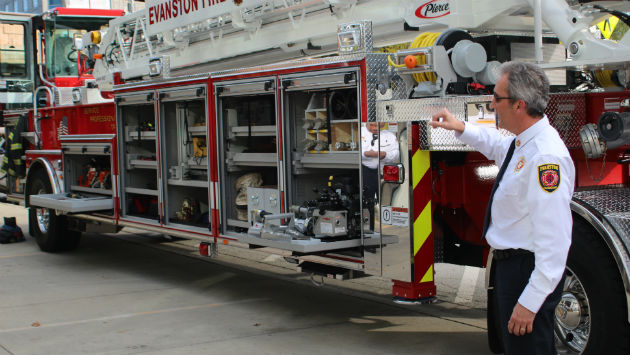 The city's other ladder truck, stationed at Fire Station 2 at 702 Madison St. and serving the south half of town, was replaced with a new model in 2011 after about 20 years of service.

Klaiber said the primary role of ladder truck crews is search and rescue efforts at fire scenes, and he said the well-organized equipment bays on the new vehicle will assure that firefighters can quickly find the equipment they need to whatever situations they may encounter.

Klaiber said planning to acquire the new truck started 18 months ago after an examination of the repair record of the old vehicle. He says 20 years is about the typical life for a ladder truck in fire departments across the country. Purchase of the new truck was approved by the City Council in August last year. It was built by Pierce Manufacturing in Appleton, Wis. 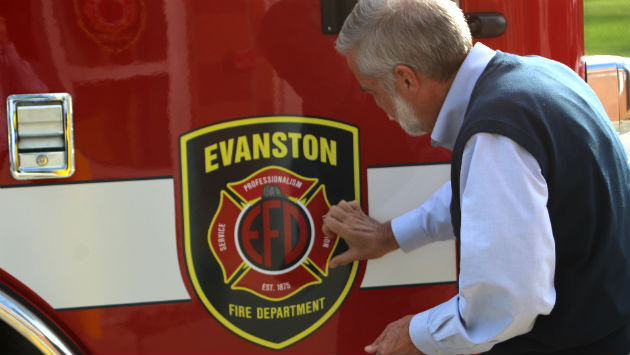 The brief ceremony at Station 3 ended with Fire Chaplain David Jones annointing the St. Florian Cross logo on the truck cab with holy oil in the name of the patron saint of firefighters.