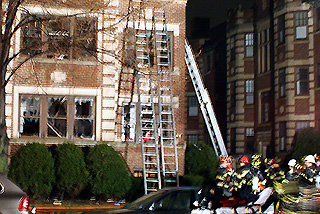 A dozen people were forced from their homes Saturday night when fire broke out in an apartment building at 612 Sheridan Road.

(This story has been updated. See latest version here.)

Thomas Janetske, Evanston’s emergency preparedness manager, said no one was injured in the blaze.

He said fire units first arrived on the scene about 10:30 in response to calls from residents about the smell of smoke in the building. 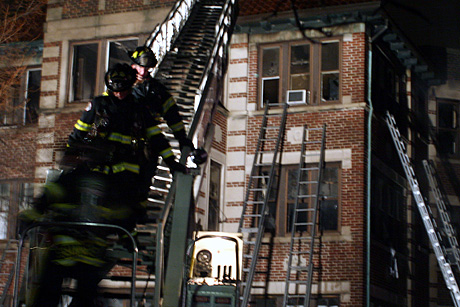 While they were evacuating people from the building, firefighters spotted flames on the first and second floors, and by the time the fire was fully extinguished around midnight there was damage to all three floors of the building and the roof.

Janetske says the cause of the fire is still under investigation.

Six units in the south wing of the 1920s-vintage apartment building that wraps around the southwest corner of Keeney Street and Sheridan were damaged by the fire.

At least 15 fire units and ambulances from Evanston and several neighboring communities were called to the scene and Sheridan Road was closed to traffic. 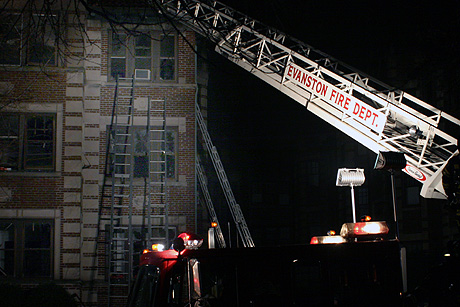 The police department’s victim’s services unit was making arrangements for emergency housing for persons displaced by the fire.