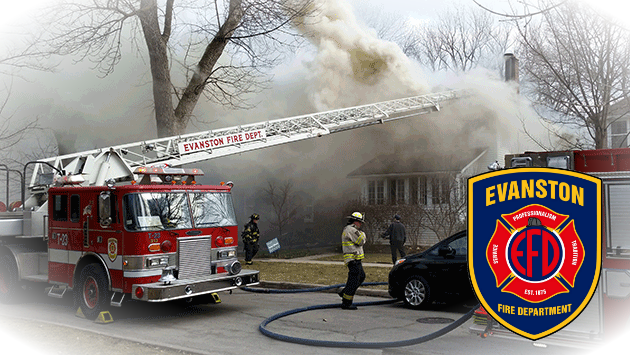 Deputy Chief Paul Polep says the blaze apparently began in the kitchen of the home and firefighters from Engine 24, based about five blocks from the fire scene, found heavy smoke and fire conditions in the front of the building when they arrived just three minutes after the call was dispatched at 7:37 p.m.

He says the four members of the family living in the home had been alerted to the blaze by smoke detectors and managed to get out of the house without injury.

But the house was so severely damaged that they had to find another place to stay, with assistance from the Red Cross.

All Evanston fire companies responded to the scene and there were no reports of injuries to firefighters.