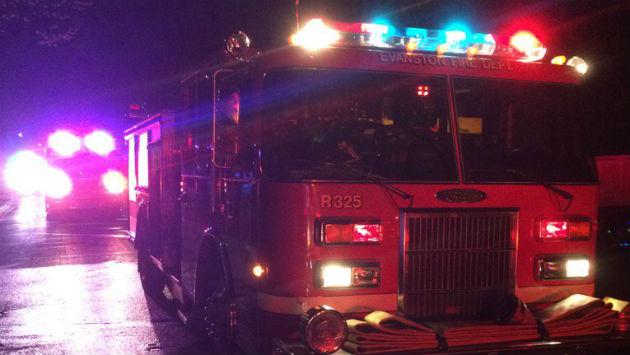 Evanston fire units are clearing the scene at this hour of an overnight fire at the Claridge Apartments, a low-income housing development at 319 Dempster St.

Evanston police report no major injuries from the fire.

No word yet on what caused the blaze.

Update 5:56 a.m.: Some residents apparently have been displaced from the building as a result of the fire, but there's no further detail about that available yet.

Update 7:19 a.m.: The fire reportedly broke out on the building's fourth floor and was first reported at 3:12 a.m. Police Cmdr. Joseph Dugan says the police department victim's services staff was called out to assist some of the residents who were displaced.

Update 11:15 a.m.: Fire Division Chief Dwight Hohl says the fire started in a bathroom in a fourth floor apartment in the 48-unit buildng. He says that the fire triggered the building's sprinkler system and the fire was out by the time firefighters arrived. 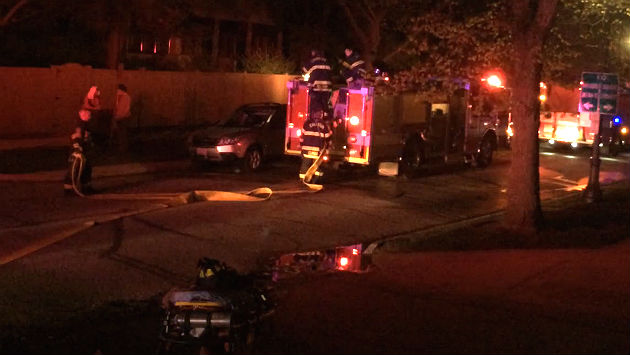 Firefighters rolling up their hoses after responding to the fire at 319 Dempster. (Geoffrey Bushor photo)

But water damage from the sprinkler forced evacuation of 14 units of the building for cleanup today. Hohl says most of those residents should be able to return later today, but it may take a few more days to clean up water damage in the unit where the fire began and in units directly below that one.

He says no residents or firefighters were injured. The cause of the fire is still under investigatoin.